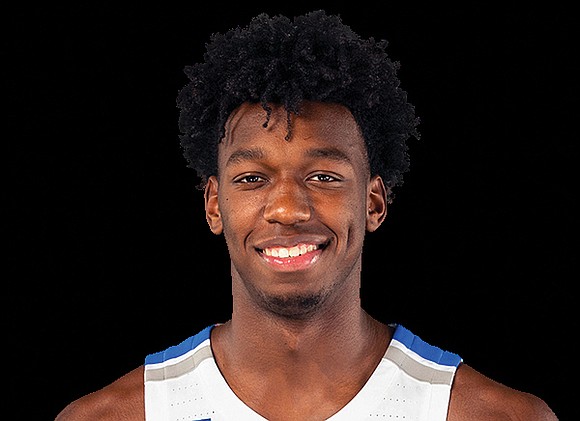 James Wiseman offers new meaning to the basketball term “one and done.”

Typically, “one and done” refers to an athlete playing one season of college hoops before bolting for the pro ranks.

In Wiseman’s case, it was more like “one week and done.”

The 7-foot-1 Wiseman played three games for the University of Memphis — Nov. 5 to Nov. 12 — before withdrawing to focus full time on training for the 2020 NBA draft.

At age 19, he figures to be rewarded June 25 when his name is called near the top of the first round of the NBA draft.

Wiseman is among a cluster of teenagers who figure to become instant millionaires as “Lottery picks” — those chosen in the first 14 selections.

Here are others in a similar age group who figure to strike it rich next month as possible Lottery picks. To be eligible for the draft, a player must be one year removed from high school.

Anthony Edwards (turns 19 on Aug. 5): The 6-foot-4 Atlanta native averaged 20 points and six rebounds as a freshman at the University of Georgia, earning the SEC Freshman of the Year title. Some mock drafts have Edwards picked first overall.

LaMelo Ball (turns 19 on Aug. 22): Bypassing college completely, the 6-foot-6 guard from Southern California averaged 17 points this past season for the Illawarra Hawks, a pro team in Australia.

Tyrese Maxey (turned 19 on Nov. 4): The 6-foot-2 Dallas native averaged 14 points and was second- team, All-SEC as a freshman at the University of Kentucky.

Vernon Carey (turned 19 on Feb. 25): The 6-foot-10 native of Miami averaged 18 points and nine rebounds as a Duke University freshman.

Jahmi’us Ramsey (turns 19 on June 9): The 6-foot-4 native of Arlington, Texas, averaged 15 points per game for Texas Tech and was named Big 12 Freshman of the Year.

Cole Anthony (turns 20 on May 15): The son of former NBA player Greg Anthony averaged 19 points during his injury-plagued freshman season at the University of North Carolina-Chapel Hill.

Like it or not, there’s now a longer list of 19- and 20-year-olds at the top of the NBA draft list than the more traditional 22- and 23-year-olds of yesteryear.

Players such as the University of Virginia’s Mamadi Diakite have become the exception. Diakite, who turned 23 on Jan. 21, helped U.Va. to the NCAA championship title in 2019 but elected to stay for his senior year. The 6-foot-9 native of Conakry, Guinea, is a likely second round choice.

Based on the current rookie salary structure, the overall first draft pick automatically receives $8.046 million, while the 30th and final pick in Round One qualifies for $1.596 million.

It’s hard to turn down that kind of affluence for an early alarm clock ring and a seat in calculus class.