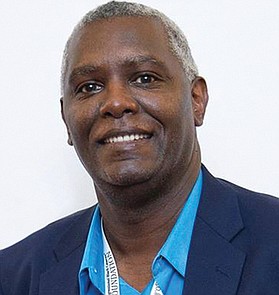 Since the onset of COVID-19, voter registration in the United States has decreased by a whopping 90 percent.

Additionally, more than 18 million voters have been purged off the rolls since 2016. And with the all-important 2020 general election on the horizon, activists and others are working to ensure the registration of millions.

On Monday, May 4, the Transformative Justice Coalition and the Voting Rights Alliance held a tele-town hall titled, “The Fight for the Vote 2020: Our March to the Ballot Box.”

Broadcast over Facebook Live, the presentation featured panelists who agreed that the election process would be severely hindered unless strategies are developed for more robust voter outreach and empowerment.

“The struggle for voting rights continues inAmerica even amidst the pandemic, the struggle for the most fundamental right, the right to vote, continues,” Mr. Chavis stated.

“We have to be concerned that while we sit here tonight, there are tactics, strategies and efforts afloat in too many of these states to suppress the vote and to make people fearful of voting, such was the case 50 years ago,” he continued.

“We had to overcome those tactics of voter suppression, and we have to do it now,” he added.

No excuses and no barriers should be in place for mail-in ballots, Ms. Arnwine stated.

“Vote by mail works for white people, but it doesn’t for a whole lot of people of color,” she stated, adding that there were 1.3 million ballots mailed in Wisconsin, but 197,000 were not counted for various reasons, including the lack of postage stamps.

“In some of these states, they have this evil match law where if they don’t think your signature matches, they will not count your vote,” Ms. Arnwine said.

“We have to be clear,” she continued. “You have to not only have vote-by-mail options and absentee balloting, but you have to have on-site, distancing and personal protective equipment for workers and voters.”

Ms. Rowe-Finkbeiner added that Moms Rising has more than 1 million members spread across all 50 states. She said mothers are high targets of voter suppression.

“You change your name, and you get pushed off the rolls,” Ms. Rowe-Finkbeiner stated. “You have to check your status and make sure you have at least five friends ready to vote. The situation has never been more urgent.”

“Confusion itself can be a voter suppression tactic, so we’re trying to cut through all of that noise to make sure there’s no confusion,” she noted.

“We see it as our job to monitor this and to work with state and local officials to have an understanding of what the voter experience is going to look like... People should not have to choose between their health and their ability to cast a ballot.”

The writer is a senior correspondent with the National Newspaper Publishers Association Newswire.