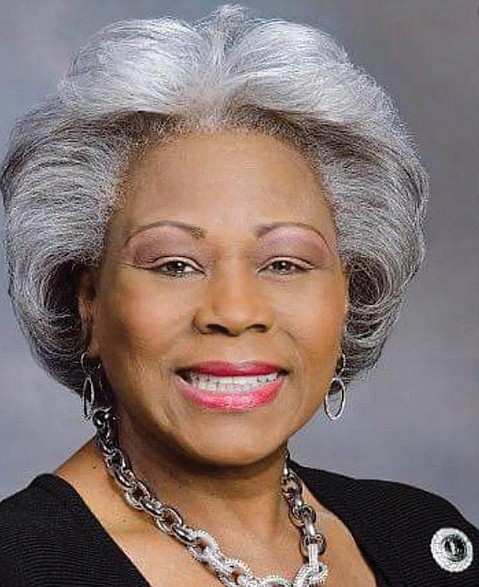 PORTSMOUTH - A Richmond judge dismissed charges on Monday that were filed against the highest-ranking Black state senator and several other Portsmouth officials after police said that she and others conspired to damage a Confederate monument in the Hampton Roads city.

Charges against state Sen. Louise Lucas, who serves as president pro tempore of the state Senate, were dismissed at the request of Portsmouth Commonwealth’s Attorney Stephanie Morales. She said there was not enough evidence to prove the elements of the crimes, including intent.

Richmond General District Court Judge Claire G. Cardwell, who was brought in from Richmond because Portsmouth judges recused themselves, dismissed the cases. Judge Cardwell expressed concern that Portsmouth Police had filed the charges without the approval of local prosecutors and attempted to block Ms. Morales from prosecuting the case by attempting to subpoena her as a witness.

After the case was dismissed, Sen. Lucas said the police officers involved had made a “mockery of the justice system.”

“The persecution is over and we are grateful that law and justice prevailed today,” Sen. Lucas stated. “This gives people in the community hope that when they come to these courtrooms that they will be treated in a fair and just manner. Even though you may have a rogue police department that intends to criminalize the justice department against people like me — rogue police officers, I repeat it, rogue police officers — who made a mockery of the justice system by bringing these bogus charges against us in the first place.”

Shortly before the judge’s decision Monday, Portsmouth Police Chief Angela Greene was fired. She said she plans to sue for wrongful termination.

“I believe I was wrongfully terminated for upholding the law,” the former chief said Monday at a news conference.

They were charged in August with conspiracy to commit a felony and injury to a monument in excess of $1,000. The charges stemmed from a protest in June that drew hundreds of people to the city’s Confederate monument. Heads were ripped off of some of the monument’s statues, while one was pulled down and critically injured a demonstrator.

Sen. Lucas’ allies, including Gov. Ralph S. Northam, said the charges were shamelessly political. Sen. Lucas is a high-profile Democratic powerbroker and presides over the state Senate in the absence of the lieutenant governor. She was charged in a warrant the day before state lawmakers met to work on various police reforms, including ones Sen. Lucas championed.

Legal observers also questioned the strength of the case because it was based on Sen. Lucas’ words, not her actions. The senator’s attorney, Delegate Don L. Scott Jr. of Portsmouth, said she had left the scene hours before the statue was torn down.

Portsmouth is a majority Black city of nearly 100,000 people. The damage to the memorial and the protester’s injuries prompted blame against protesters and police alike. Sen. Lucas also had called for the resignation of Chief Greene, who also is Black.

The former chief said in August that “several individuals conspired and organized to destroy the monument as well as summon hundreds of people to join in felonious acts.”

Charging documents filed by police said Sen. Lucas arrived at the monument on June 10 and told police they could not arrest anyone who put paint on the memorial.

William & Mary law professor Timothy Zick told The Associated Press in August that he questioned the strength of the case. He said that speech that calls for an unlawful action is protected unless it is “directed to inciting an imminent violation and that violation is likely to occur,” Mr. Zick said.

James Boyd, president of the Portsmouth Branch NAACP, said bringing down the Confederate monument, long a symbol of racism and slavery, was a critical component in healing race relations in the city, but more heavy lifting remains in removing instruments of racism.