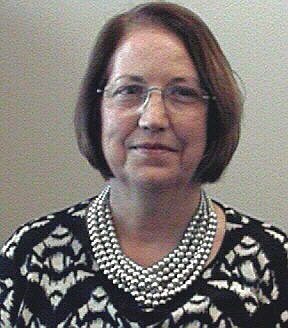 Since succeeding the late Alice Lynch in 1995, Ms. Showalter easily has been reappointed to six more four-year terms by her bosses, the Richmond Electoral Board.

Ms. Showalter’s future has been clouded by a torrent of criticism, in part fueled by mistakes in the unofficial results issued immediately after the Nov. 3 election and a sudden outbreak of the coronavirus in her office that had her temporarily sidelined along with at least 20 election workers and those they had been in contact with, including Mayor Levar M. Stoney, mayoral candidate Alexsis E. Rodgers and others.

Most of the pressure is being felt by the board’s two Democratic members, Chairman James M. Nachman and Vice Chair Joyce K. Smith. They joined the board’s sole Republican, Secretary C. Starlet Stevens, in reappointing Ms. Showalter in 2019 and providing a 6 percent raise on top of a city increase that boosted Ms. Showalter’s pay to around $122,000 a year.

However, at this point, the board has not scheduled any meetings to consider Ms. Showalter’s tenure.

The key question is whether the board — if it seeks to oust her — can make a case that would hold up in court that Ms. Showalter broke an election law.

Ms. Showalter, at least publicly, is putting on a brave face.

“I am confident that the allegations will be examined and it will be shown that the (Nov. 3) election was managed well under difficult circumstances and that my staff and I did all in our power to comply with the changes imposed by the pandemic and the additional requirements,” she said.

Officials from the state Democratic Party have called for Ms. Showalter to resign or be fired over allegations she was out of compli- ance with a new state law that requires registrars within three days to reach voters who made mistakes on mailed-in ballots so those voters could “cure” the mistakes.

One problem for registrars is voters were not required to include emails or phone numbers, making it harder to get contact information if any changes were made since the person registered to vote.

Ms. Showalter has said her office was working to comply. However, there is a question whether her office maintained a list of mail-in ballots containing problems. Ms. Showalter said she stopped keeping such a log at some point during early voting.

As to the botched unofficial results on election night, the Free Press has learned that election officers in at least six Richmond precincts went home after the long day without reporting results, leaving them blank on the unofficial tally.

Also, there were substantial counting errors that led to serious mistakes in reports on two City Council races, most notably in the 2nd District. In that race, Tavarris J. Spinks was officially listed as the winner by 26 votes.

It would take a week before the final certified results showed Katherine L. Jordan had won the seat by 1,234 votes.

However, under state law, the city Electoral Board is responsible for compiling and issuing the results.

Mr. Nachman could not be reached for comment on the role the board played in providing the mistaken unofficial tallies and in ensuring that election officers filed their tallies after the polls closed.