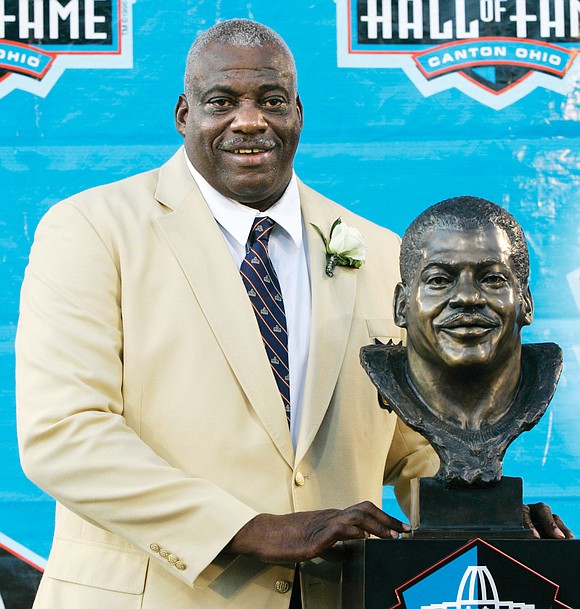 Former San Diego Chargers defensive end Fred Dean stands next to his bronze bust at his Pro Football Hall of Fame induction in 2008 in Canton, Ohio.

Mr. Dean was nicknamed “The Closer” for his ability to deliver a knockout punch to the opposition’s offense.

Mr. Dean’s most productive season was 1983, when he is credited with 17.5 sacks, including six in one game against New Orleans. He was credited with 93 career sacks, but that statistic was not officially recognized by the NFL until 1982.

A native of Ruston, La., Mr. Dean played for his hometown school, Louisiana Tech, before joining the San Diego Chargers as a second round draft pick in 1975.