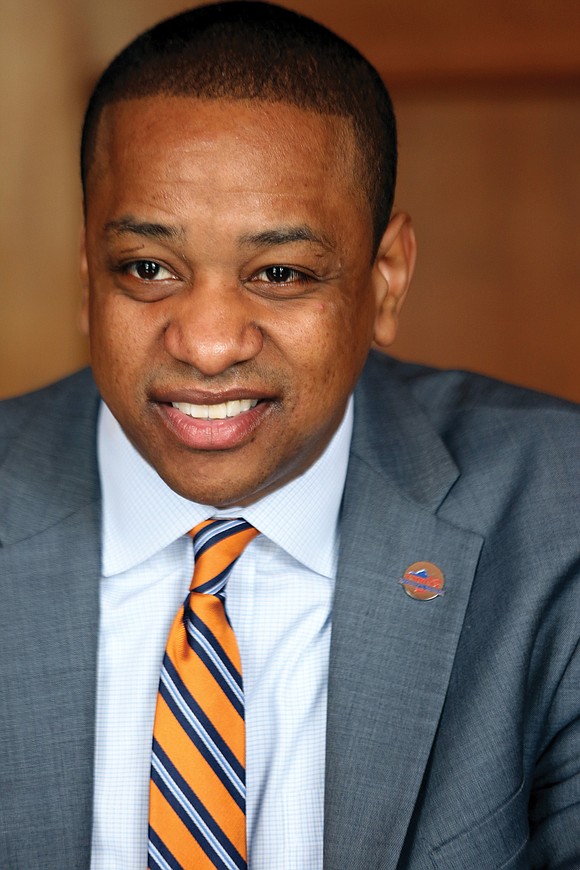 Lt. Gov. Fairfax, 41, delivered a campaign speech at the Old Court House in Fairfax in Northern Virginia. On Sunday, he held a kickoff event at Fort Monroe in Hampton, where the first enslaved Africans in English North America arrived in 1619.

In February 2019, Lt. Gov. Fairfax faced calls for his resignation from Republicans and fellow Democrats after two women publicly accused him of sexual assault.

Meredith Watson, who attended Duke University with the lieutenant governor, said he raped her in 2000. Dr. Vanessa Tyson, a California professor, said he forced her to perform oral sex when they both attended the Democratic National Convention in Boston in 2004.

Lt. Gov. Fairfax has denied the allegations and accused the women of being part of a “smear campaign” to end his political career.

The allegations were made public soon after Gov. Ralph S. Northam faced calls for his resignation in February 2019 over the disclosure of a racist photo on his medical school yearbook page. Gov. Northam said he was not in the image, but acknowledged he had worn blackface when dressed as Michael Jackson to take part in a 1984 dance contest in Texas during his medical residency.

“The voters are incredibly smart. They see through this kind of destructive, politically motivated kind of politics,” Lt. Gov. Fairfax told The Associated Press this week. “And they are ready to move to higher ground.”

Meanwhile, Dr. Tyson’s attorney, Debra Katz, renewed calls for a public hearing by the General Assembly on the allegations. Democrats have previously rejected those calls.

“Apparently Lt. Gov. Fairfax believes that the citizens of the Commonwealth have forgotten about the serious and credible allegations of sexual assault made against him by Dr. Vanessa Tyson and Meredith Watson and about his deplorable treatment of them after they came forward,” Ms. Katz said in a statement.

Lt. Gov. Fairfax, whose election in November 2017 made him the second African-American elected to statewide office in Virginia, has repeatedly likened the accusations against him to the lynching of African-Americans during the Jim Crow era, and said they are a product of ongoing systemic racism.