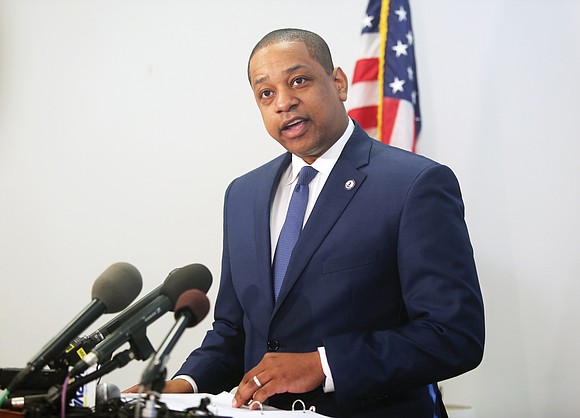 A federal judge on Tuesday tossed out a libel lawsuit filed by Lt. Gov. Justin E. Fairfax against a television network he accused of slanted reporting on sexual assault allegations against him.

U.S. District Judge Anthony Trenga in Alexandria dismissed the lawsuit. But he declined to grant CBS’ request that the network be awarded attorney fees, disagreeing with the net- work’s contention that the lawsuit amounted to an abuse of the legal process.

Lt. Gov. Fairfax sued CBS for $400 million in September after the network aired exclusive interviews with two women, Dr. Vanessa Tyson and Meredith Watson, who accused him of sexual assault more than 15 years ago.

The lieutenant governor maintains that the encounters were consensual and argued in the lawsuit that the network reported the allegations in a way that insinuated his guilt.

CBS lawyers defended the network’s journalism and accused Lt. Gov. Fairfax of using the lawsuit to attack his accusers.

In a statement Tuesday, Lt. Gov. Fairfax said he will appeal the dismissal to the 4th U.S. Circuit Court of Appeals in Richmond.

“Since these false, fabricated and politically motivated allega- tions were made more than a year ago at the precise moment it was speculated I would rise to Virginia’s governorship, I have been denied any meaningful opportunity to establish the truth, clear my name and get justice. I will not stop until I do and can put an end to this political smear campaign.”

The allegations against Lt. Gov. Fairfax came in February 2019 when Gov. Ralph S. Northam faced calls to resign after a racist photo on his 1984 medical school yearbook page was made public showing one person in blackface and another wearing a Ku Klux Klan robe and hood.

But the allegations against Lt. Gov. Fairfax blunted the momentum of those seeking Gov. Northam’s resignation. Both Gov. Northam and Lt. Gov. Fairfax have remained in office, as has state Attorney General Mark L. Herring, who acknowledged around the same time that he had worn blackface in college.

Lt. Gov. Fairfax argued that comments made by CBS News journalists after the women’s interviews with national host Gayle King implied that the accusations against him were true, including a comment by CBS This Morning co-host Norah O’Donnell after Dr. Tyson’s interview that it “feels like she was forced.”

Judge Trenga, though, said that in the context of the entire broadcast, he did not view CBS’ reporting as slanted against Lt. Gov. Fairfax.

“Most basically, none of the CBS This Morning co-hosts state that Fairfax did in fact commit the alleged sexual assaults or that they believed he committed the assaults. In fact, at the conclusion of each interview, King, in studio and surrounded by her co-hosts, promptly announces Fairfax’s assertions of innocence, including that he passed a polygraph exam,” Judge Trenga wrote.

Judge Trenga also disagreed with CBS’ contention that Lt. Gov. Fairfax’s lawsuit was an abuse of the legal process and an attempt to silence his accusers, and that he should be required to pay CBS’ legal fees as punishment. Instead, Judge Trenga concluded that Lt. Gov. Fairfax’s motives for suing appeared to be legitimate — “namely, a public vindication and restoration of his reputation.”

Lt. Gov. Fairfax has said he felt compelled to file suit to try to clear his name after the allegations were made. He said he has taken a lie detector test and asked authorities in Massachusetts and North Carolina where the encounters took place to investigate to no avail. The libel lawsuit, he said, provided the next best way to prove his innocence.