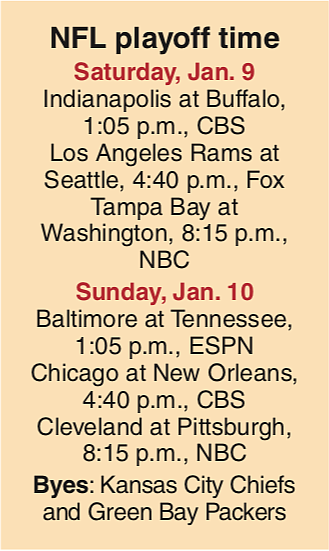 The Washington Football Team, by virtue of its 20-14 win at Philadelphia in the regular-season finale, is headed to the playoffs.

The winner will travel to top-seed Green Bay for the NFC semifinals the next weekend.

Washington defeated the Philadelphia Eagles (4-11-1) on the strength of a strong defense and some steady play from quarterback Alex Smith.

After sitting out the previous two weeks with an injury, Smith hit 22 of 32 passes for 162 yards and touchdowns to Terry McLaurin and Logan Thomas.