Spotlight on president of the Richmond Crusade for Voters 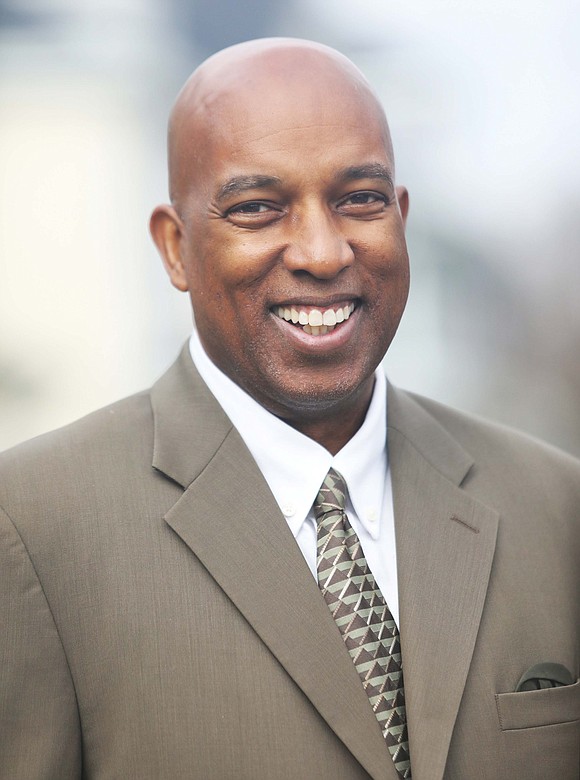 Now more than ever, Jonathan Dwayne Davis is aware of the impact of his work to encourage and safeguard an equitable voting process for Richmonders.

A native of the city, Mr. Davis serves as president of the Richmond Crusade for Voters, helping to protect voting rights at a time when increased voting interest and advocacy also has been met with organizational failures, fear of institutional pushback and mobs storming seats of political power nationwide in an attempt to overturn election results.

“I do feel a great weight as president to make sure that (voting rights are) protected and to make sure that we’re involved in ensuring that the people of Richmond and the state of Virginia are treated fairly and that our voting process does not infringe upon them,” Mr. Davis says.

He assumed the presidency of the venerable 65-year-old organization just weeks after multiple issues surrounding the November general election have led to calls for the resignation of the city’s voter registrar.

Mr. Davis says issues go much deeper than this.

“We want to do everything we can to make sure that we reverse that trend,” Mr. Davis says.

Founded in 1956, the Crusade for Voters has expanded its mission beyond strengthening the African-American vote in the city. Its mission now includes school equity, housing rights and improving the public’s general welfare. Even as the mission has grown, the organization’s membership has declined.

Mr. Davis cites the declining numbers as the reason behind him currently taking a leadership role.

“I desire to do what I can to help RCV grow and have a positive impact on the well-being of our community,” Mr. Davis says. “I have always been a bridge-builder and a people person, and I believe that I can bridge the gap between the generations.”

As president, Mr. Davis’ main goal is increasing youth membership and involvement in the Crusade, along with registering more voters ahead of what he expects will be another critical election year.

The biggest challenge is proving to be the pandemic. The Crusade, which typically meets at Club 533 in Jackson Ward, is conducting Zoom meetings until further notice. The organization also has been registering voters using social media and other technology.

Despite the obstacles, Mr. Davis is undeterred, confident in his commitment to the organization’s foundation and principles and the emergence of “a new generation of activists who are more than willing to carry the mantle of our ancestors.”

“We will focus on issues that are relevant to this generation while never losing sight of what the organization’s mission is,” Mr. Davis says. “I desire to build bridges into the Richmond Community that will enable RCV to keep the citizens of this great city informed and engaged as we continue moving forward.”

Date and place of birth: Feb. 18 in Richmond.

Where I live now: I live in what I used to call the best-kept secret in Richmond, the beautiful Battery Park neighborhood.

Occupation: Advertising design instructor at the Yvonne B. Miller High School within the state Department of Juvenile Justice; graphic designer and owner of Sivad Dasigns.

Crusade’s mission: To increase the voting strength of the population of the city of Richmond and to improve the moral, social, economic, educational and general welfare of our people.

Why I accepted position: I desire to do what I can to help RCV grow and have a positive impact on the well-being of our community. I recognized that the Crusade was losing ground in some respects and I felt it my civic duty to get involved.

No. 1 goal or project as president: This is going to be another important election year, so we cannot waste time. We must move with a sense of urgency to build coalitions, register new voters and recruit new members. My No. 1 goal this year will be to increase our youth membership and involvement within the Crusade and to register more voters.

Strategy for achieving goals: Working with young Crusaders who are part of our leadership team, I will focus on proven strategies and solutions aimed at strengthening youth involvement. We will work with young entrepreneurs such as Navy Hill Co. that designed our website and recruit new members whose civic minds were expanded during the movement of 2020.

No. 1 challenge facing Richmond Crusade for Voters: Growing our organization and increasing the number of registered voters in the midst of a pandemic.

How the Crusade is affected by COVID-19: We have had to conduct meetings on Zoom and register voters using social media and other technology. Our usual fundraisers, which always included politicians and citizens engaging one another, have all been canceled until this pandemic passes. So we will be working on other means to raise funds for the organization.

Hope for Mayor Levar Stoney’s second term: I hope he will reach out and build working coalitions between citizens, corporations and government as he continues to move Richmond forward in a progressive manner. I hope he will continue to focus on developing our Downtown. I hope he will improve upon city services and ensure departments are functioning, providing and adhering to the needs of citizens in spite of the pandemic.

Hope for Richmond City Council members: I hope they will be more progressive while understanding that as Richmond becomes a more diverse city, they need to be aware of and lead with that understanding. I hope they will ensure that affordable housing plans are properly implemented and sustained as thousands of people will transition during the next four years.

Hope for Richmond School Board: To work on ensuring that our students have whatever they need to be successful during and after the pandemic. With new members and new leadership, they have a chance to make a real difference in equitable education and upgrading and building new schools.

Hope for President-elect Joe Biden: To restore America’s place in the world as a democracy and to unite our country, and to focus on the needs of the middle-class citizen. Following four years of turmoil that resulted in an attack on our U.S. Capitol, we need Joe Biden to bring a sense of respect, peace and stability back to America.

How I start the day: Prayer and a devotional.

Three words that best describe me: Ambitious, servant and leader.

How I unwind: Spending time with family and friends laughing and discussing politics.

Something I love to do that most people would never imagine: I love to paint images of African-American life. I have a small collection of personal paintings in my home. Whenever I retire, I plan to devote a considerable amount of time to painting.

Quote that most inspires me: “I can do all things through Christ who strengthens me.” I live by that and have always believed that with determination and God, there is nothing I cannot achieve.

Person who influenced me the most: GeorgeMorris, a best friend whose faith, character and determination have always inspired and stretched me to believe I can achieve whatever I desire.

Book that influenced me the most: “With Malice Toward None: The Life of Abraham Lincoln” by Stephen B. Oates.

Next goal: Complete the renovation of my home.