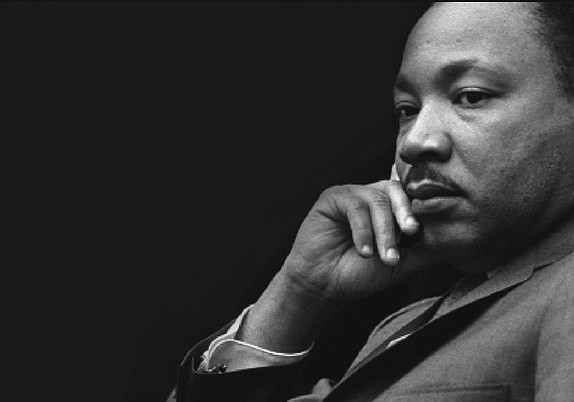 Because of the coronavirus pandemic, the annual program abandoned its typical breakfast program and, instead, was a televised ceremony honoring the dedication of six people and organizations to the greater good of the community.

The hourlong program was broadcast Monday, on the King holiday, on WTVR-CBS 6 in Richmond and in Hampton Roads on WTKR-CBS 3. 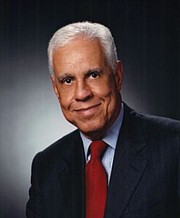 Former Gov. L. Douglas Wilder, the nation’s first elected African-American governor and a VUU alumnus, received the Legacy Award. In 1969, Mr. Wilder, who grew up in Church Hill, was the first African-American elected to the Virginia Senate since Reconstruction. He was the first Black elected to statewide office in November 1985 when he won election as lieutenant governor. He became Virginia’s 66th governor, serving from 1990 to 1994.

In taped remarks, Mr. Wilder said he learned a lot from what Dr. King, his contemporary, was doing.

“I found it inspiring in what he was doing,” Mr. Wilder said.

He said he never wanted to go into politics, but came to recognize that unless things changed, his life nor the lives of others would be different.

He said he is convinced, after his years in politics and traveling across the state and the nation, that “you can’t judge a person by how they talk, where they live or how they look.” 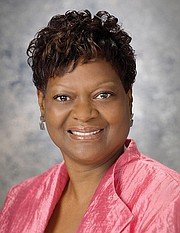 Because the COVID-19 pandemic and social unrest have exposed the inequity for and other minorities, she said she has been able to get legislation passed dealing with racial and social justice. She was one of the leading champions of a House bill that changed a decades-old state law that protected Confederate monuments by giving local governments the authority to decide how to deal with them.

Because of that change, Richmond City Council voted to approve the removal of the city-owned Confederate statues in Richmond.

“I can see generations, if we can get it right, applauding us in term of our efforts to bring people together. If there is a bonding going on, we will not tolerate one another, but accept one another,” she said. 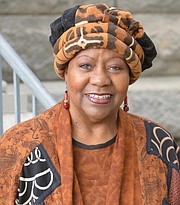 The Beloved Community Award in faith and education was bestowed upon the Rev. Patricia Gould-Champ and the Faith Baptist Community Church in Richmond.

“Faith is taking the first step even when you don’t see the whole staircase,” Rev. Gould-Champ said, explaining how she lives her life and the essence of her faith. “None of what we are doing would be done if we had been looking for the whole staircase.”

Through her leadership and committed FBCC members, the church has worked to building up the community by serving the people living in Fairfield Court, Whitcomb Court and Creighton Court as well as East End. As the pandemic closed down Richmond Public School, Rev. Gould-Champ led the church in establishing Project Stay Connected/Stay on Point, an education pod where students most at risk of falling through the cracks come for virtual learning.

The church used its own money to get started and asked volunteers to serve as learning, recreation and sanitation aides to assist students. By getting CARES Act funding through the City of Richmond, the church program now has grown from 15 students in kindergarten through fifth grade to more than 30 students.

Founded in 2007 by Zelma Watkins, a breast cancer survivor, the Central Virginia group is one of the 20 Sisters Network Inc. chapters nationwide addressing the fact that Black women are 42 percent more likely to die of breast cancer than white women.

Ms. Watkins said she remembers how Dr. King locked arms with people in the community to fight injustice, no matter the risk.

“He was such a monumental leader,” she said. “He put others before himself in guiding and leading the community.”

She said after she was diagnosed with breast cancer and received treatment, she followed Dr. King’s inspiration and asked co-workers, “What can we do?” for others. The result was the organization and its efforts by breast cancer survivors and other volunteers to spread awareness of the impact of breast cancer in the African-American community.

“I think Dr. King would be proud of people standing up for justice, standing up for health disparities,” Ms. Watkins said. “We are all one people. We need to recognize that and love each other like Dr. King loved everyone in the community.”

The Beloved Community Award in health equity award was given to Children’s Hospital of the King’s Daughters Health System in Hampton Roads, which opened in 1961 to provide pediatric services.

Outreach coordinator Elizabeth Johnson said the health system provides leadership for their trauma-informed network that provides clinical services to the community for free or reduced rates to those in need. The health system also has a program to protect children from abuse and neglect.

The Beloved Community Award for economic justice was awarded to the Virginia Poverty Law Center, which has worked on behalf of low-income people through advocacy, education and litigation since 1978.

The VPLC is widely known for addressing issues of equity in health, housing and consumer rights and takes up issues of elder rights and domestic abuse and sexual violence. It has been at the forefront in helping to combat Virginia’s high eviction rates.