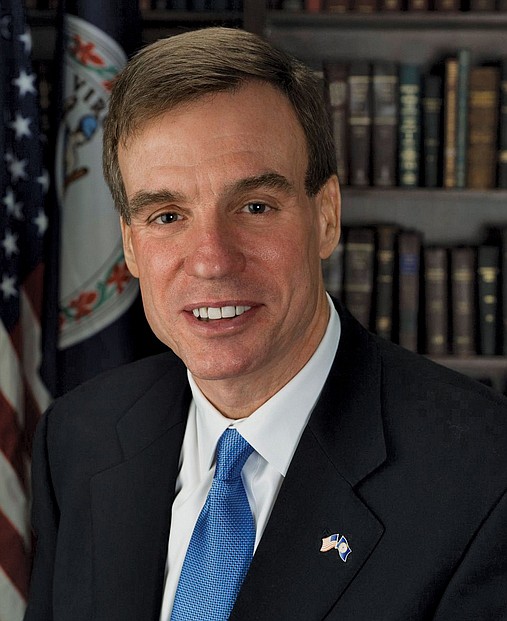 “Unfortunately a little over a week ago, we saw incredible hordes of thugs invade the United States Capitol (and) try to take the law into their own hands in a way that was the antithesis of everything Dr. King stood for,” Sen. Warner said Monday in video remarks kicking off a Martin Luther King Jr. Day event at Virginia State University that was broadcast online.

He noted that law enforcement would have responded differently on Jan. 6 if the crowd had been Black Lives Matter protesters.

He acknowledged that now is the time to seek the justice for which Dr. King advocated.

“This year, more than ever, it is critical we all remember the teachings of Dr. King,” Sen. Warner said.

VSU, in partnership with Chesterfield County, hosted the panel discussion about the past, present and future of social justice for Black Americans as it relates to Dr. King’s legacy.

The theme for the event, moderated by WBTJ 106.5 FM radio host Mike Street, was “Fly, Run, Walk, Crawl: Moving Forward Toward Racial Justice,” a reminder of Dr. King’s words: “If you can’t fly, then run; if you can’t run, then walk; if you can’t walk, then crawl; but whatever you do, you have to keep moving forward.”

Dr. Cheryl Mango, a VSU history professor and HBCU historian, said that culture is a big part of what makes historically Black colleges and universities great and most likely impacted the world view of Dr. King, who entered Morehouse College in Atlanta when he was just 15.

“I would say that it was his HBCU education that provided him with an example of Black success, of Black culture,” Dr. Mango said. “The culture that was lost as a result of our slave experience could be found here

at HBCUs, as HBCUs serve as a village of the African-American community.”

Panelist Philomena Wankenge, a VSU alumna, activist and board member of the Freedom Fighters activist group in Washington, attended a pre-dominantly white institution before entering VSU.

Seeing Black professors and professionals provided Ms. Wankenge a real-world example of what was possible in her own life. Vice President Kamala Harris, a Howard University alumna, is the latest example, she said.

Although activists have individualized approaches toward racial equity, Dr. White said “standing on each other’s shoulders” is what will help the Black community move forward.

“I think we need to embrace the idea that we stand on each other’s shoulders. ...There would not have been any Black Lives Matters unless there had been a Martin Luther King,” Dr. White said.

The panel acknowledged that the social and racial jus- tice movements of today share similarities with the Civil Rights Movement led by Dr. King. They said government officials need to step up and listen.

Chesterfield County is doing its best to do that, said County Administrator Joseph Casey.

“From a local government perspective, our role is engaging with the community and its citizens,” Dr. Casey said.

He said his administration has held talks with activists in the community, law enforcement and government officials to better understand various points of view.

The county is trying to repair the harm done by a history of oppression, he said. Although he said the county is making strides, “we’re not done yet,” Dr. Casey acknowledged.

A community member asked how the mental health of Black Americans is affected by seeing the deaths of Black people at the hands of police in videos that have gone viral on social media.

“There’s absolutely nothing wrong with getting therapy, while understanding that what is transparent in front of us is nothing new,” he said. “This is America. America was literally built on white supremacy, so what we see playing out is not something different.”

The panel closed with a challenge to imagine the world Dr. King dreamed of, a world without white supremacy, a world where Black Americans no longer suffer everyday trauma and a world of Black culture and success.

That world may be some years away but, as Dr. White said, that world can be reached only by standing on each other’s shoulders.

“As an old man, I see it happening now and I see it passed on to our young people,” he said. “And I believe they’re going to take the baton and run with it.”