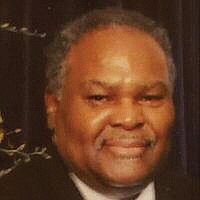 For decades, Thomas Henry Francis pushed to make inroads for Democrats in Republican-controlled Chesterfield County where he lived most of his life.

Mr. Francis registered voters, recruited candidates, mentored their campaigns and raised money for them as a member and past chairman of the Chesterfield County Democratic Committee.

The Air Force veteran also represented the county in the Virginia Democratic Black Caucus and most recently was serving as a campaign adviser to his daughter-in-law, Quanda S. Francis, who is running for mayor of New York City, where he was born.

"He once told me he was inspired to get involved in politics after attending the "March on Washington" in 1963, said his son, Todd A. Francis, who described his father as a “generous people person who enjoyed helping others.”

Mr. Francis said his father, then a 20-year-old student at Virginia Union University, took seven buses to get to the huge civil rights event and left determined to make a difference in his community after hearing Dr. Martin Luther King Jr.’s “I Have a Dream” speech.

Mr. Francis’ contributions are being remembered following his death on Monday, Jan. 11, 2021. He was 77.

His life was celebrated Tuesday, Jan. 19, during a funeral at Mimms Funeral Home.

Mr. Marsh described Mr. Francis as playing a key role in securing passage of legislation prohibiting celebratory gunfire—the shooting of firearms into the air—after a stray bullet killed a child at Sunday Park in Chesterfield County on July 4, 2013.

“He inspired and mentored so many. He was one of the most principled people I have ever known,” Mr. Marsh said.

One the candidates who counted on Mr. Francis’ political insight is Jenefer S. Hughes, Chesterfield County commissioner of revenue. She recalled that Mr. Francis taught her how to campaign, then “phoned me every day to hold me accountable and to encourage me to keep going. His advice, encouragement and support got me elected.”

After his family moved from New York to Chesterfield, Mr. Francis graduated from long-closed Carver High School, then the county’s only high school for Black students.

During the Vietnam War-era, he served four years in the U.S. Air Force as a mechanic. He graduated from Virginia Union University, and while politics remained his passion, he worked in supervisory positions for various companies, including Bell Helicopter, Brown & Williamson Tobacco Co., Coors Brewing and Swift Transportation, before retiring in 2007.

Mr. Francis was a longtime member of Hood Temple A.M.E. Zion in Richmond and was a member of the church’s acclaimed Men’s Chorus, which has sung at the White House.

In addition to his son, Mr. Francis is survived by his wife of 53 years, Edna Francis; another son, Tyrone B. Francis; a brother, Nathaniel Carson Jr; a sister, Floscelia Carson-Campbell; five grandchildren and a great-grandchild.