Dr. Thelma Bland Watson, who was dedicated to advancing the needs of the elderly, dies at 70 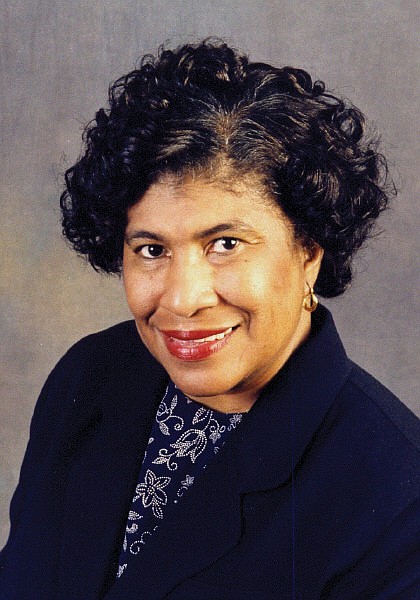 Dr. Thelma Bland Watson was 9 when she began providing assistance to her maternal grandmother. That experience turned Dr. Watson into a champion for the elderly.

A former state commissioner of aging, Dr. Watson remains best known for her 19 years as the leader of the Richmond-based Senior Connections, the Capital Area Agency on Aging.

Her role as a key figure in programming and policymaking involving the elderly ended with her death Friday, June 25, 2021, in a Petersburg hospital. She was 70.

The funeral will be private, said Walter H. Watson, her husband of 24 years.

He said that even as her health failed, she continued to make the daily commute from Petersburg to Richmond.

“She was sick longer than she knew, but she sought to persevere through the adversity. She was that dedicated. Her work outweighed her feeling bad,” he said.

In elderly affairs, “I doubt if there is anyone to match the content and quality of service she provided to Richmonders and people across the country. She had such a desire to help,” he said.

As executive director of Senior Connections, Dr. Watson “was not only a visionary and inspirational leader ..., she also was a fierce advocate for seniors,” Senior Connections stated in a memorial message posted Monday on its website.

“Dr. Watson led Senior Connections with warmth and compassion for all people,” the message continued, “creating a culture that helped the senior community live happy, healthy and productive lives.”

Dr. Watson is credited with helping to build up Senior Connections, one of 25 such nonprofits in the state that receive federal funding to provide in-home and community-based services for people age 65 and older as well as the disabled and their caregivers.

On her watch, the agency grew to serve about 25,000 elderly people a year in the Greater Richmond area with a variety of programs that seek to empower them to live with dignity. The programs range from nutritional education and personal finance to social engagement, counseling and health care. The agency was a key health resource during the pandemic.

Dr. Watson always was seeking to raise additional funds to support the agency’s work. She saw the need growing with the graying of the baby-boomer generation of post-World War II that increased the number of elderly and with the rise in life spans.

Among other things, she launched the now popular Empty Plate Luncheon that began with guests with checkbooks literally receiving empty plates to symbolize the need for financial help to meet the growing demand for service. The luncheon, which now serves a meal and honors people for their service to older adults, the disabled and caregivers, regularly raises about $150,000 for Senior Connections.

She also launched the No Wrong Door online portal that allows people to get information on services and connect with public agencies, health care providers and nonprofit services.

Born into a farm family of six children in Prince George County, she began her career in the field of elderly care and service following graduation from Virginia State University.

Dr. Watson later earned a master’s in gerontology and a doctorate in public policy and administration from Virginia Commonwealth University. She also earned certifications from the Virginia Executive Institute and the National Long-Term Care Institute.

During her career, she served as deputy commissioner and commissioner of the Virginia Department of Aging during the administrations of Gov. Gerald L. Baliles, Gov. L. Douglas Wilder and Gov. George F. Allen.

Earlier in her career, she held management posts in the Crater District Area Agency on Aging and the Crater Planning District that serve the Petersburg area.

Along with her leadership role at Senior Connections, Dr. Watson also was linked into multiple organizations involved with aging. Through the years, she served on a variety of boards and commissions.

At her death, she was a member of the advisory board for VCU’s Center on Aging, as well as the boards for the Virginia Legal Services Corp., the Virginia Association of Area Agencies on Aging, Capital Area Workforce Investment, Bon Secours Community Hospital and a VSU committee on the humanities.

In addition to her husband, survivors include her daughter, Chrystal B. Barnwell; a brother, the Rev. Percy Everson; two sisters, Beverly E. Jones and Ruth E. Banker; and a grandson.