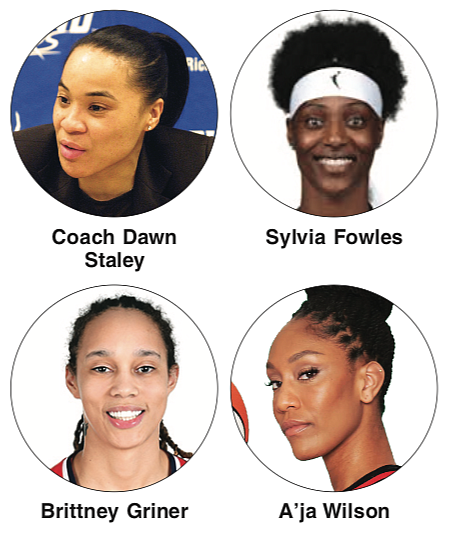 If there is such a thing as a “lock” for an Olympic gold medal, it may be the U.S. Women’s National Basketball Team—aka Team USA.

Coach Dawn Staley’s contingent of tall, talented and battle-tested women is the clear favorite heading into the Summer Games in Tokyo.

The Americans have struck gold in six straight games and are 66-3 overall in Olympic competition. They are undefeated since 1992.

Experience is in abundance, and it’s all winning experience on the brightest stage.

Players Sue Bird, 40, and Diana Taurasi, 39, will be making their fifth Olympic appearance. Sylvia Fowles is going for a fourth time, Tina Charles for a third and Brittney Griner and Breanna Stewart for a second.

The team also includes newcomer A’ja Wilson, the reigning MVP of the WNBA. The current Las Vegas Aces standout played for Coach Staley at the University of South Carolina.

Griner, at 6-foot-9 and 205 pounds, is arguably the most dominant inside player in the world. Playing for the Phoenix Mercury, she is a seven-time WNBAAll-Star, two-time scoring champion and seven-time leader in blocked shots.

The U.S. team will compete in Group B of preliminary pool play. The team will face Ni- geria on July 27, Japan on July 30 and France on Aug. 2.

The gold medal game will be Aug. 8 and the world would be surprised if the Americans aren’t in it. 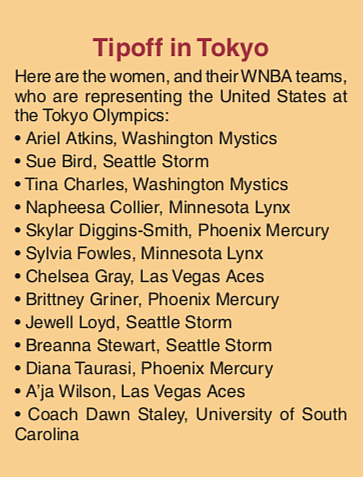