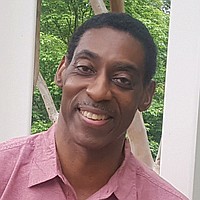 I wish Cariol Horne had been on the scene when Minneapolis police officer Derek Chauvin kept his knee on George Floyd’s neck for more than 9 minutes. If she had, George Floyd may be alive today.

There is a very high possibility that an effort would have been made on her part to stop Mr. Chauvin.

There are times it is necessary for the police to police themselves.

Ms. Horne, an African-American and former police officer in Buffalo, N.Y., was in a very similar situation in 2006. She intervened to break up a confrontation involving a chokehold between fellow Of- ficer Greg Kwiatkowski, who is white, and Neal Mack, a Black suspect.

“Neal Mack looked like he was about to die,” she stated in 2020. “So had I not stepped in, he possibly could have. He was handcuffed and being choked.”

While Mr. Mack contends Ms. Horne saved his life, she was terminated when it was deter- mined that her use of force was unjustified. She was fired from the Buffalo Police Department two months before being eligible to receive her full pension.

Waterloo,Iowa,isacityof 67,000 residents and has a long history of tensions between the police and the city’s Black community, which makes up 17 percent of the city’s population. On June 1, 2020, Joel Fitzgerald became the first Black police chief in Waterloo.

Soon after being sworn in, the reform-minded Chief Fitzgerald supported numerous changes to transform the department, including the banning of chokeholds, outlawing racial profiling, requiring officers to intervene if they see excessive force and investigating all complaints of misconduct. Along with the efforts to improve policing came the expected backlash. Current and former officers are not only opposing the reforms, but fighting the removal of the police insignia which resembles a Ku Klux Klan dragon.

Waterloo is no different than most other police departments. The clash between an entrenched Blue Culture versus the changes needed to hold officers accountable is a main reason many reform-minded officers are leaving. Blue Culture shows how the law enforcement community has a tendency to band together in face of scrutiny and calls for systemic change.

Many officers have the integrity, character and ethics to fully serve the public according to their sworn oath. Ms. Horne reminds us of that fact. But the Blue Culture can be deadly. Derek Chauvin has proven that fact.

Many of those who support the police status quo believe that incidents of police misconduct are isolated and not part of a wider problem. Those who believe that misconception tend to overlook the fact that police departments nationwide have their share of officers of low character with no integrity.

Usually, incidents of wrong-doing by an individual officer are not isolated. After his encounter with Ms. Horne, Officer Kwiatkowski later was sentenced to four months in federal prison in 2018 for using unlawful and unreasonable force against four Black teenagers.

In October 2020, the mayor of Buffalo signed the “Duty to Intervene” law that requires police to step in if a fellow officer uses excessive force. This shows that the heart of police reform really comes down to good police officers protecting citizens from bad police officers.

During that same month, Ms. Horne filed a lawsuit to overturn her 2008 termination. A New York State judge ultimately ruled in her favor. Ms. Horne’s pension of approximately $800,000 was reinstated. In an 11-page opinion, the judge quoted Dr. Martin Luther King Jr., saying, “The time is always right to do what is right.”