The status quo is unacceptable

Another weekend, another mass shooting — this time in Odessa, Texas, where a 36-year-old man, who had been fired from his oil services job earlier Saturday, initially shot a Texas state trooper during a routine traffic stop and then went ... 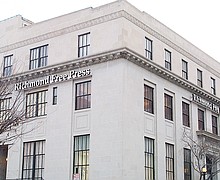 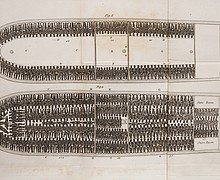 We pay tribute here to the “20 And odd Negroes” who, 400 years ago in late August 1619, ended up on Virginia’s shores at Point Comfort in what is now Hampton.

We are not convinced of the need or the benefits of the costly plan to replace the Richmond Coliseum and divert millions of tax dollars that ordinarily would go to the city’s general fund to pay for the project.

Some people claim there is no reason to enact tougher gun laws in the United States. We wholeheartedly disagree.

Kudos to former Gov. Terry McAuliffe, the fearless and energetic Democrat who led the charge to expand Medicaid in Virginia.

The Virginia Legislative Black Caucus wisely offered alternative events Tuesday in Richmond remembering the Africans who were brought to Virginia 400 years ago in 1619.

It was clear from the first 60 minutes of testimony by former special counsel Robert S. Mueller on Wednesday morning before the House Judiciary Committee that he was not going to give the Democrats what they were seeking: A dramatic ...

Nearly every week we get a new indicator of the cruelty of the current White House administration and its lopsided favoritism for the nation’s greedy corporate and individual 1 percenters at the expense of the 99 percent of us at ...

President Trump is a racist. Period.

Enough is enough from the GOP

Insulting. That’s the treatment Republican lawmakers dished out to all Virginians on Tuesday when they shut down a special General Assembly on gun violence and public safety without any discussion, debate or action.

We congratulate 15-year-old tennis phenom Coco Gauff for her terrific performance at Wimbledon and the members of the U.S. Women’s National Soccer Team who brought home the FIFA World Cup this week.

A Fourth of July travesty

As we celebrate the Fourth of July and America’s birth through its declaring independence from the British 243 years ago, we are reminded about the lessons of freedom and the centuries-long efforts by black people in this nation to secure ...