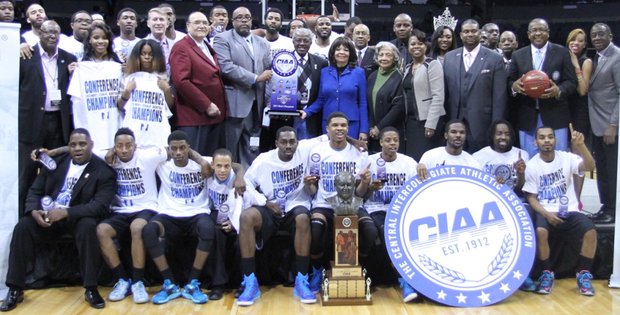 For decades, Livingstone College’s Blue Bears were little more than commoners in CIAA basketball. Today, they’re kings. In fact, the Blue Bears now have a second crown to wear atop their first one. The jump shooters from Salisbury, N.C., are back-to-back tournament champs after blitzing Winston-Salem State University 106-91 in last Saturday’s CIAA title game at Charlotte’s Time Warner Cable Arena.