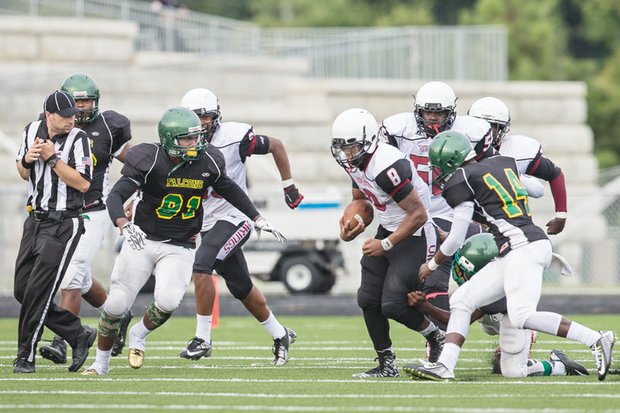 So far, so good. Huguenot High School is undefeated, untied and unscored upon, albeit after just one game in a new era of Falcons football. Led by Jameko Coleman’s defense and the rushing of Donte Lester, the Falcons are pumped after christening their new stadium last Saturday with a 14-0 win over Thomas Jefferson High School.