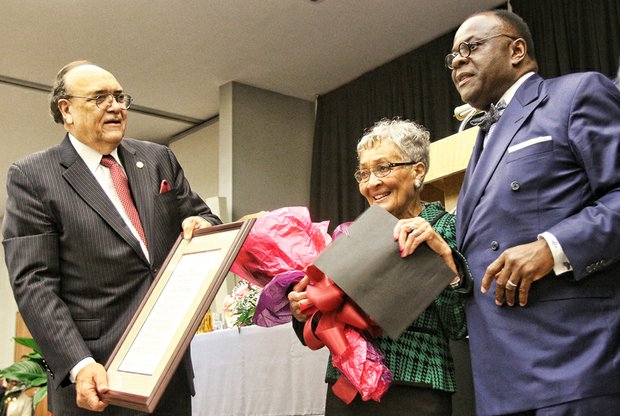 Virginia Union University President Claude G. Perkins, left, and Dr. W. Franklyn Richardson, chairman of the VUU Board of Trustees, present the MLK Lifetime of Service Award to VUU alumna Florence Neal Cooper Smith of Richmond for her work on sickle cell anemia testing and awareness in Virginia and across the nation.