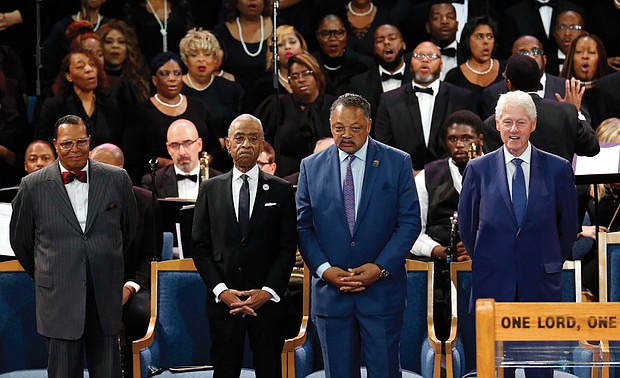 Together in the pulpit at Greater Grace Temple during the service are, from left, Minister Louis Farrakhan of the Nation of Islam; the Rev. Al Sharpton of the National Action Network; the Rev. Jesse L. Jackson Sr. of the National PUSH Rainbow Coalition; and former President Bill Clinton.

The “Queen of Soul” Aretha Franklin was remembered and celebrated in a star-studded marathon funeral service last Friday that drew laughter, tears and, as with any large family gathering, controversy.