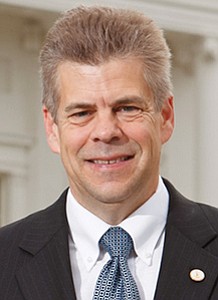 Can Virginia’s Republican House Speaker Kirk Cox cut a deal with Democratic Gov. Ralph S. Northam over a new, constitutional map for the 100 districts in the House of Delegates? That’s the big question that hangs over the release Tuesday of proposed GOP changes to House districts that Republican leaders call “race blind.”