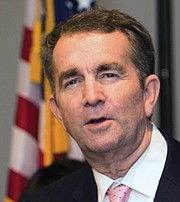 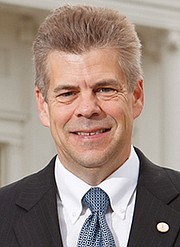 Can Virginia’s Republican House Speaker Kirk Cox cut a deal with Democratic Gov. Ralph S. Northam over a new, constitutional map for the 100 districts in the House of Delegates?

That’s the big question that hangs over the release Tuesday of proposed GOP changes to House districts that Republican leaders call “race blind.”

A federal court rejected 11 House districts earlier this year after finding that the GOP majority in the legislature, in drawing the district boundaries, overly packed African-Americans in those districts to make adjacent districts whiter and presumably friendlier to Republicans.

Republicans, who still hold a one-vote majority in the House of Delegates and a two-vote majority in the state Senate, could approve their plan. But they still need the support of Gov. Northam, a Democrat and former state legislator, who wields the veto pen and could reject any unilateral GOP proposal, sending the issue to the court.

Speaker Cox described the GOP proposal as a “good-faith effort” to work with Democrats and “shows what is possible.” So far, House Democrats have sharply criticized the proposal.

Jockeying over the House map is all about the 2019 elections, when voters will fill the 100 seats in the House of Delegates as well as the 40 in the state Senate and determine which party controls the legislature — and potentially the 2021 redistricting of legislative seats that is to follow the 2020 Census.

The GOP plan released Tuesday would make changes to 30 districts, including the five House districts in Richmond and six in Hampton Roads that the court found to be illegal. A previous minority Democratic proposal called for altering 29 House districts.

So far, the only word is that the governor and his team “are analyzing the majority’s effort,” according to spokesman Ofirah Yheskel.

One problem that has cropped up in the GOP plan is that it would force two current Democratic delegates in the Newport News area into the same district.

If the GOP plan survives intact, which is considered unlikely, Delegate Marcia Price, a member of the Virginia Legislative Black Caucus who represents the 95th District, would be moved into the 93rd District, now represented by Delegate Mike Mullins. They either would have to run against each other or leave the House, based on their current residences.

At this point, Democrats are as critical of the GOP plan as the Republicans were of the Democratic proposal.

Trevor Southerland, executive director of the House Democratic Caucus, said the GOP map does not solve the constitutional issues raised by the court.

“We cannot support partisan gerrymandering as a solution to racial gerrymandering,” Mr. Southerland said in a statement. “As per usual, it would appear this is just more empty rhetoric from the House Republicans as they continue to attempt to delay implementation of new maps that remedy their racial gerrymander.”

For Gov. Northam, titular leader of the state Democratic Party, his own party’s outlook could influence his decision on whether to make a deal.

The governor in recent weeks had expressed skepticism that the legislature could pass a plan, while Attorney General Mark Herring, also a Democrat, has advised the court to prepare to draw new lines that meet constitutional muster.

The court is asking both the plaintiffs and House Republicans, who have intervened, to offer names of people or companies to redraw the lines.

Meanwhile, Republicans are asking the U.S. Supreme Court to step in, overturn the lower court’s decision and keep intact the current districts, which were created in 2011 after the 2010 Census and approved by an overwhelming majority of Republicans and Democrats in the House.