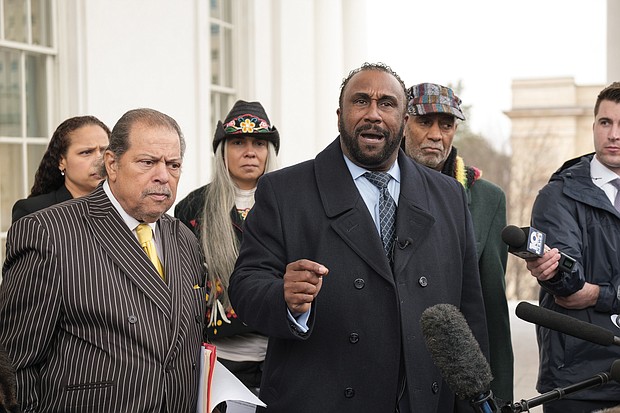 Black community divided over whether Northam should resign

To condemn or to forgive? The Rev. Al Sharpton took center stage on the condemnation front Feb. 7 as he took part in a Virginia Union University program titled “Reflections on Faith, Community and Racial Reconciliation in the Commonwealth.”