Black community divided over whether Northam should resign 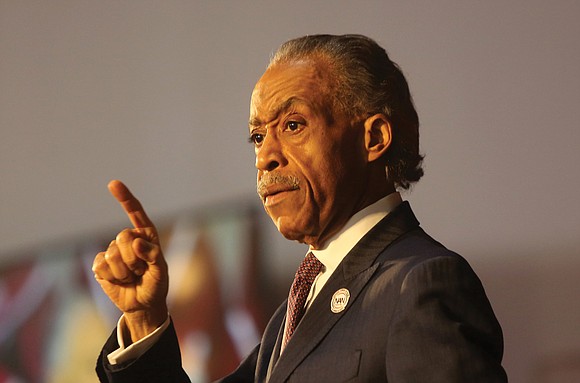 To condemn or to forgive?

That question is dividing African-American clergy, congregants and others dealing with the revelations that Virginia’s governor and attorney general decades ago wore racist blackface while pretending to be black entertainers.

The Rev. Al Sharpton took center stage on the condemnation front Feb. 7 as he took part in a Virginia Union University program titled “Reflections on Faith, Community and Racial Reconciliation in the Commonwealth.”

The political commentator and leader of the National Action Network was quick to lend his voice to the call for Gov. Ralph S. Northam and Attorney General Mark R. Herring to resign.

“If the governor wants to repent and grow, if the attorney general wants to repent and grow, then good,” Rev. Sharpton said. “The best example of that is to say, ‘I’m resigning, and I’m going to tour and tell people that I gave up my seat for a greater seat.’ But you can’t commit an injury, and then say, ‘I’m going to hold everything I got’ — that it’s business as usual.”

Richmond Delegate Delores L. McQuinn and Richmond City Councilman Michael J. Jones, both ministers, were among the program speakers at VUU who, in their turn, urged the governor to leave office to show support for racial reconciliation.

But that doesn’t sit well with the Rev. Rodney Hunter, pastor of Wesley Memorial United Methodist Church in the city’s East End and president of the Richmond Chapter of the Southern Christian Leadership Conference.

In his view, Rev. Sharpton is taking an Old Testament approach rather than following Christian teachings that make forgiveness a major element of dealing with sinners, while leaving judgment to God. 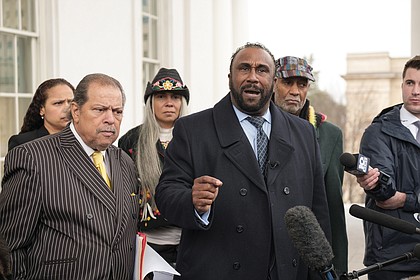 Rev. Hunter led a group that included John W. Boyd, founder and president of the National Black Farmers Association; Bernice Travers, president of the Richmond Crusade for Voters; and former City Councilman Henry W. “Chuck” Richardson to the State Capitol on Monday to urge people to take a breath and end their rapid-fire calls for resignation.

Their news conference came as the first public polling on the issue of the governor’s tenure suggested that a majority of African-Americans are supportive of Gov. Northam staying in office.

“Should a man who once put black paint on his face in a tasteless, thoughtless and insensitive exhibition resign as governor of this state?” Mr. Richardson said in noting the outpouring of calls for Gov. Northam to step down.

Mr. Richardson joined others Monday in finding that those calls were made “without sophisticated or reflective thought beyond politics. We are drawn here under the Christian doctrine that it is human to err, but divine to forgive.”

As importantly, he and others said that based on the governor’s performance, he should not resign. Among other things, Gov. Northam was cited for his call to remove Confederate statues from public spaces.

Mr. Boyd noted that the governor was quick to react when the federal government shutdown threatened payments to black farmers, reaching out to him to find out what the state government could do to assist. Mr. Boyd said that since the blackface uproar, he has met and prayed with the governor and believes Gov. Northam is sincere about wanting to learn and grow.

“He is a good and decent man. He has stood with us on issues both popular and controversial,” Mr. Richardson said, noting with the others that the public savaging the governor has taken has been more than enough punishment.

Labeling the calls for resignation an over-reaction, the group concluded that the governor’s actions, thus far, are “inconsistent with those who would portray him as a racist. We have seen no evidence of such.”

They cited others, including U.S. Sen. Tim Kaine and former Gov. L. Douglas Wilder, who have made comments or at times taken stances that were hurtful or damaging on the racial front.

“There are countless other instances where good people, some of whom have called for the governor’s resignation, made thoughtless comments or were on the wrong side of history and changed course,” Mr. Richardson said.

“We cannot allow these missteps by those who support us to overshadow their accomplishments or growth in support of our cause.”

Gov. Northam now has an opportunity “to help us continue on the long road to racial and social justice through self-examination and reconciliation,” Mr. Richardson said.

Ms. Travers said that she and representatives of other African-American organizations are seeking to meet with Gov. Northam to talk with him about that opportunity.