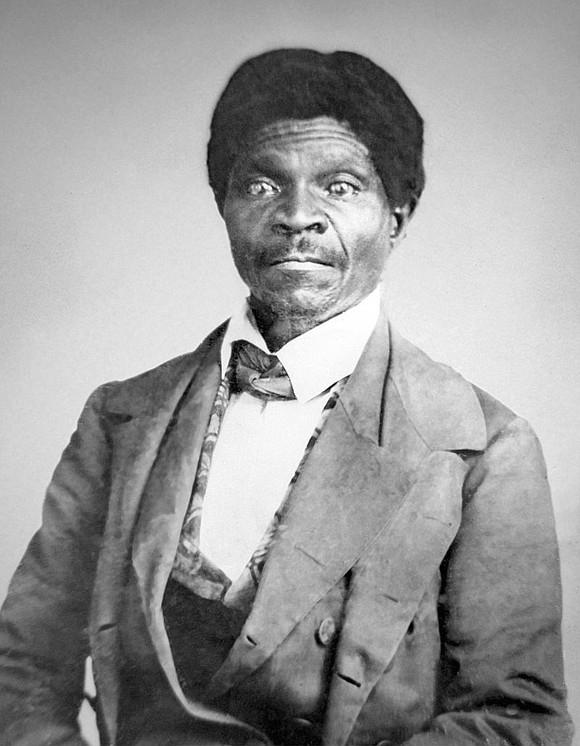 In Richmond, a city with a history of racism, descendants of Dred Scott and the judge who denied him his unalienable rights will come together in hopes of reconciliation.

Mr. Scott was at the center of the U.S. Supreme Court’s 1857 decision that “persons of African descent, whether slave or free, could not be American citizens.” The ruling stripped African-Americans of their right to petition for their freedom under any circumstance and was a factor that prompted the Civil War.

Lynne Scott Jackson, the great-great-granddaughter of Dred Scott, will come to Richmond on Wednesday, April 3, to meet with Virginia leaders and walk a portion of the Richmond Slave Trail. She also will share her story of meeting Charles Taney, the great-great-grand-nephew of Justice Roger Taney, the U.S. Supreme Court chief justice who ruled that her ancestor could never be a citizen because of his race.

Ms. Jackson’s upcoming visit was announced on the 162nd anniversary of the decision by Virginians for Reconciliation, a group co-founded by former Gov. Bob McDonnell, that seeks to heal racial wounds.

The organization stated that Ms. Jackson and Mr. Taney might appear together “to discuss their powerful experience of healing and reconciliation and a pathway forward for Virginia and the country.” Details will be announced later, the group stated.

“We have seen the remarkable power of forgiveness time and time again, as people are given permission to face truth and reality honestly in a safe context,” Ms. Jackson told Virginians for Reconciliation over the phone at their quarterly meeting, according to a press release issued by the organization.

“Many obstacles and barriers fall quickly when we are able to communicate what has taken place between those whose families were once locked in bitter opposition on their fundamental right.”

“We are honored to have descendants of a courageous Virginian, Dred Scott, and Chief Justice Roger Taney coming to Virginia next month,” former Gov. McDonnell said at a meeting last week. “Separated by 162 years of history, these descendants have forged the path of truth-telling, forgiveness and redemption to serve as a shining example for Virginia’s road to racial reconciliation in 2019.”

Gov. Ralph S. Northam also is a member of Virginians for Reconciliation. He attended Wednesday’s meeting as well as the group’s debut news conference in January. The two officials were joined by community leaders of religious, business, educational and other diverse backgrounds.

Racial reconciliation has taken on an special importance for Gov. Northam after the discovery of a racist picture published on his 1984 medical school yearbook page of two people, one in blackface and the other in full Ku Klux Klan garb. After initially apologizing for being in the photo, Gov. Northam a day later said he was not one of the two people but acknowledged that he wore blackface later in 1984 as he portrayed Michael Jackson in a dance contest as a medical resident in Texas.

The controversy led many politicians and groups to call on Gov. Northam to resign. Gov. Northam has said he will stay in office and will use his term to promote a discussion about racial healing.

Gov. McDonnell, himself, was in the public spotlight when he was convicted on corruption charges in 2014. His convictions were later overturned on appeal in 2016 by the U.S. Supreme Court.

Virginians for Reconciliation said in the news release that the organization hopes to adopt a “wide-ranging, creative agenda designed to build trusting relationships and confront age-old biases and practices that have plagued the Commonwealth far too long.”