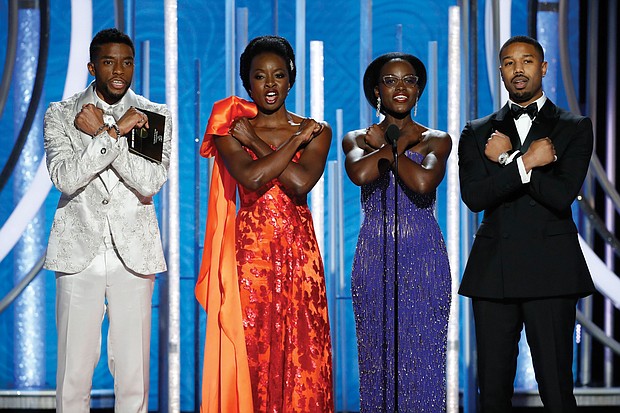 Golden Globe Award presenters, from left, Chadwick Boseman, Danai Gurira, Lupita Nyoung’o and Michael B. Jordan give the “Wakanda salute” from their box office hit “Black Panther” during the Sunday ceremony. The film and several of the actors were nominated for awards, but went home empty-handed.

“Green Book,” the film about the segregation-era concert tour of a black jazz pianist and his white chauffeur to the South, took top honors Sunday night at the annual Golden Globe Awards show.