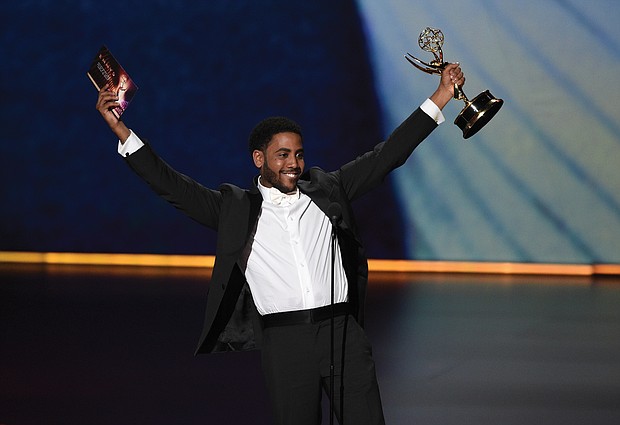 Jharrel Jerome celebrates after receiving an Emmy for outstanding lead actor in a limited series or movie for “When They See Us,” the Netflix miniseries by Ava DuVernay about the five teens wrongly convicted for the 1989 rape of a jogger in New York’s Central Park. He dedicated his win to the five, now known as the Exonerated Five.

A night for historic 'firsts' for big wins at Emmy Awards

Gay performers shined at the Emmy Awards on Sunday with wins in several categories, including best actor in a drama series, which went to “Pose” star Billy Porter.

A Richmond judge dismissed charges on Monday that were filed against the highest-ranking Black state senator and several other Portsmouth ...

Marijuana legalization is poised to become another victory for the racial justice movement that rocked Richmond during the late spring ...

12-year-old activist, minister Elijah Lee is finalist for Kid of the Year

At the tender age of 12, Elijah Lee has grown an extensive résumé as a spiritual leader, nationally known child ...

How do you throw a Thanksgiving feast for 3,000 people in the midst of a pandemic?

Larry J. Bland, whose leadership of The Volunteer Choir spanned more than 45 years, dies at 67

Larry Jerome Bland left his mark on gospel music in Richmond and beyond during an artistic career that spanned more ...