A night for historic 'firsts' for big wins at Emmy Awards 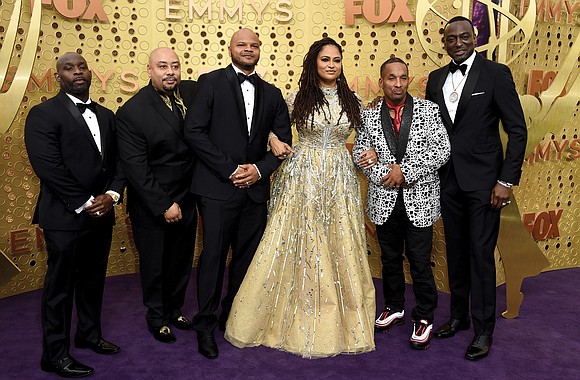 Gay performers shined at the Emmy Awards on Sunday with wins in several categories, including best actor in a drama series, which went to “Pose” star Billy Porter.

He is the first openly gay black man to take home the honor.

Actor Billy Porter accepts the award for outstanding lead actor in a drama series for his role in “Pose” during Sunday’s 71st Primetime Emmy Awards ceremony in Los Angeles.

“Once again, we witness history unfold, the Emmy goes to Billy Porter,” actress Kerry Washington said before Mr. Porter strode on stage in platform shoes, a black suit with glittery stripes and a hat with a brim extending to one side like a wing.

“The category is love, y’all, love!” Mr. Porter told the audience, before quoting the late author James Baldwin and thanking his husband.

Mr. Porter, a veteran of the Broadway stage, plays the emcee of a LGBTQ fashion ball in the FX television drama “Pose.”

Backstage after his win, Mr. Porter, who turned 50 the day before claiming his Emmy, told reporters he was grateful to have “lived long enough” to win as his “true, authentic self.”

“I was told that who and what I am would never be successful, period,” Mr. Porter said. “That’s what I was told. I did not believe them.”

Other moments at the show also underscored the strides that he Emmy awards — Hollywood’s top honors in television — have made toward greater diversity.

Jharrel Jerome celebrates after receiving an Emmy for outstanding lead actor in a limited series or movie for “When They See Us,” the Netflix miniseries by Ava DuVernay about the five teens wrongly convicted for the 1989 rape of a jogger in New York’s Central Park. He dedicated his win to the five, now known as the Exonerated Five.

Jharrel Jerome won for best actor for a limited series, a first for an Afro-Latino and Dominican, for his role in the drama “When They See Us,” which chronicles the fight for justice of five men wrongly convicted of raping a jogger in New York’s Central Park in 1989.

The five black and Latino men, who were known as the “Central Park Five” and spent years in prison before their convictions were overturned, celebrated in the audience as Mr. Jerome dedicated the award to the “Exonerated Five.”

“I count myself so fortunate to be a member of a community that is nothing but all about tolerance and diversity because no other place could I be stand- ing on a stage like this,” Mr. Dinklage said.

Patricia Arquette, who won an Emmy for outstanding supporting actress in a limited series for her role in “The Act,” used the occasion to honor sibling Alexis Arquette, who transitioned from man to woman and died in 2016.

Transgender actress Laverne Cox, who was nominated for outstanding guest actress in a drama series for a role in “Orange Is the New Black,” came to the show sporting a rainbow-colored handbag emblazoned with the date Oct. 8, which is when the U.S. Supreme Court will hear three related cases on whether gay and transgender people are protected from workplace discrimination by a landmark federal civil rights law.