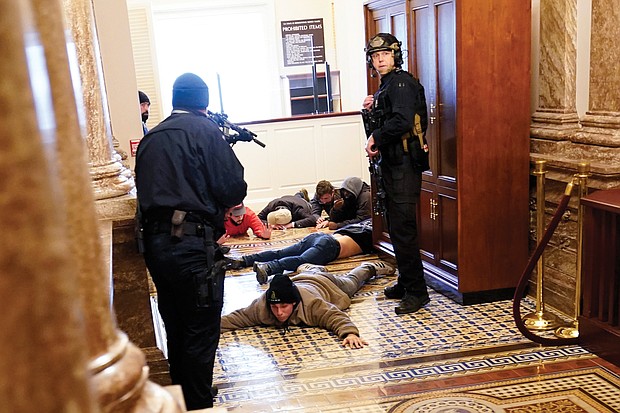 U.S. Capitol Police hold protesters at gunpoint near the House Chamber inside the Capitol. The Trump mob broke windows and forced their way into the building, which went on lockdown.