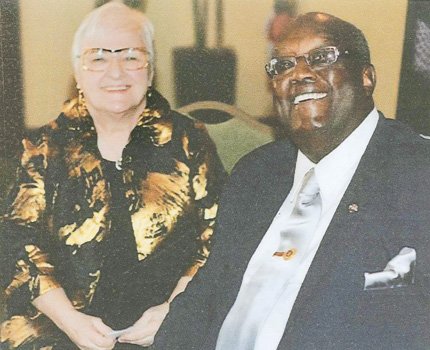 His wife, JoAnn P. Green, is a graduate of Penn State University.

So why is this retired Florida couple giving $50,000 to set up a scholarship at Virginia Union University in Richmond?

Mr. Green, who grew up in Richmond’s Fulton neighborhood, said the new fund carries the Fulton name to recognize neighborhood residents who attended VUU, as well as the VUU graduates who taught him in city schools that served Fulton.

In Mr. Green’s view, he and others who have done well have a duty to provide financial support to VUU and other historically black colleges and universities.

At a time when many HBCUs are struggling, “the only people who are going to save our institutions is us,” the 81-year-old retired headquarters manager with the U.S. Postal Service wrote in a statement he provided to the Free Press.

Schools such as VUU “deserve all the support we can give, and I don’t just mean cheering for the football team,” he stated.

He hopes the gift will encourage alumni, athletes, entertainers and other successful African-Americans to do their part. “It is the responsibility of the whole African-American community to support these institutions.”

Mr. Green stated that the idea for the scholarship fund grew out of a phone call from VUU President Claude G. Perkins thanking “us for a previous donation” of $1,000.

“After speaking with him, my wife and I were so impressed with his ideas and dreams for VUU, we decided to take the journey with him in building the bridge to the future for African-American kids.”

The income from the fund, he stated, is to be “awarded annually to one or more underprivileged students who are majoring in business and are maintaining a cumulative grade point average of 3.25.”

Mr. Green went on to serve in the U.S. Air Force during the Korean War and later completed the executive business program at the Wharton School at the University of Pennsylvania.

Before retiring, he was in charge of bringing new postal facilities into operation.

Mrs. Green retired as an assessment officer in the office of the U.S. Secretary of the Interior.