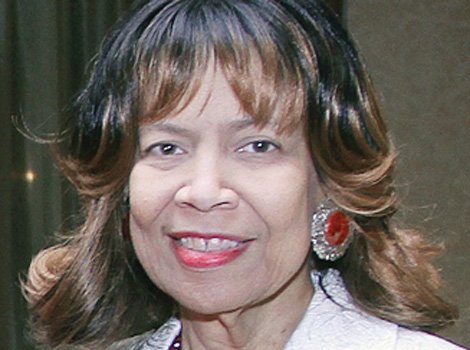 For more than 10 years, Sylvia Smith Dyer co-chaired the Valentine’s dinner-dance for the Virginia Area Chapter of Pi Lambda Theta, the international honor society and professional association for educators.

Helping to stage the annual scholarship benefit is just one of the ways Ms. Dyer contributed to community betterment.

A former student counselor for Richmond Public Schools, Ms. Dyer also served as an officer of and chaired the annual African-American Cultural Project for the Richmond Chapter of the Delicados.

She also sang with the Delta Pearls of the Richmond Alumnae Chapter of Delta Sigma Theta Sorority Inc., was a mentor with Virginia Heroes Inc. and was affiliated with the Coalition of 100 Black Women and the Top Ladies of Distinction. She also served for a time with the City of Richmond’s former Commission on Women.

She also found time to participate in the Handbell Choir and Music Council at her church, Ebenezer Baptist in Jackson Ward.

Ms. Dyer’s multiple roles are being remembered following her death from illness on Friday, Oct. 10, 2014. She was 65.

She was paid final tributes on Thursday, Oct. 16, at Ebenezer Baptist Church.

A Richmond native, Ms. Dyer graduated from John Marshall High School and earned her bachelor’s degree from American University in Washington. She added a master’s in urban counseling psychology from Michigan State University.

After working in Maryland and Michigan, she returned to Richmond and worked with children in various school counseling positions.

She retired in 2013 from the Richmond school system as a parent-instruction coordinator.

The widow of Wilbur T. Dyer Jr., she is survived by a brother, Paul T. Alexander.