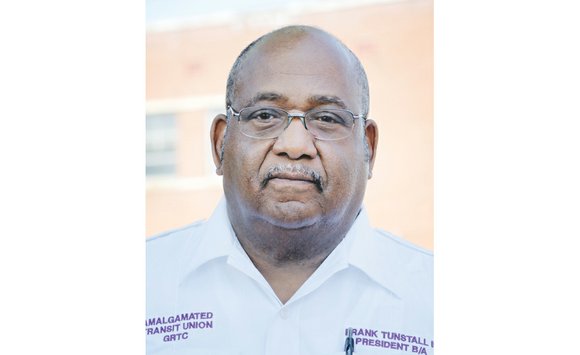 GRTC bus drivers and mechanics have approved a new contract that will boost their pay $1.10 an hour over the three-year life of the agreement, or an average of 2.2 percent.

Both the transit company’s management and the union representing about 285 hourly workers are hailing the agreement that followed 10 months of quiet, but tough negotiations.

The current range is $13.78 an hour to $21.20 an hour. Most workers already are at the top of the scale as it only takes three to four years to reach top pay, according to the union.

The announcement of a deal last Friday came two weeks after GRTC employees voted to authorize a strike if a deal could not be reached.

The key to the agreement, according to Frank Tunstall III, president of and business agent for Amalgamated Transit Union Local 1220, involved health insurance premiums. The deal was reached when GRTC backed off its demand that workers pay a bigger share of the premium cost.

He noted that GRTC is struggling to maintain service amid funding challenges, including a 9 percent decline in state support. Richmond also did not provide any increase in its subsidy to help cover rising costs. Falling diesel fuel prices, which are projected to save the company $1 million a year beginning in 2016, have been one of the few bright spots.

For GRTC, the company’s dependence on annual government subsidies that can vary creates “uncertainty and instability for (the company’s) funding structure” and makes it harder to “contractually commit to wage and benefit improvements” for its workers.

GRTC is hoping that a new ticket structure that becomes effective in October to provide for unlimited daily, weekly and monthly rides for a higher price could boost ticket revenue. The company also is hoping that it can boost ridership through bus rapid transit service that is to start in 2017 and create faster trips along Broad Street.

As for the union, Mr. Tunstall said his members “are pleased with the agreement.”

He said the union’s negotiating team sought to look out for the members, but also wanted to avoid demands that ultimately would damage the company’s ability to operate.

However, the new contract does not cover the 114 full- and part-time employees who operate the vans in GRTC’s C-VAN employment and CARE paratransit services.

Pay for those drivers currently ranges from $9.25 to $12.55 an hour. However, those workers also have to pay the lion’s share of their health insurance premiums, which most cannot afford.