Spotlight on president of the Metro Richmond Tennis Club 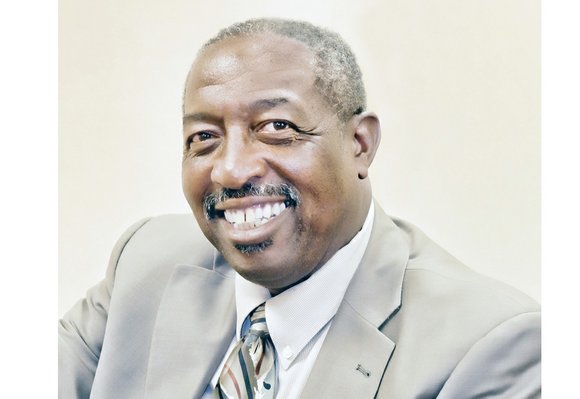 “It’s fun, it’s exciting and it teaches you a lot of great life lessons,” says the 65-year-old North Side resident. He also has a passion for teaching children the game.

“You see the smiles on the kid’s faces and their excitement as they’re learning how to play,” says Mr. Raspberry. Recently retired as an information specialist from the Virginia Department of Juvenile Justice, he teaches children tennis several days a week on the courts at Battery Park on North Side.

Mr. Raspberry also serves as an ambassador for the game as the president of the four-member advisory board of the Metro Richmond Tennis Club. He has served in that post since 2010.

“We go throughout the community asking for donations, applying for grants and holding fundraisers to raise money so more kids can play,” Mr. Raspberry says.

One of the group’s big fund-raisers will help raise college scholarships for participating youths in the program. It is set for Saturday, Sept. 19.

Mr. Raspberry says he and about 10 community volunteers comprise the club. They offer year-round clinics and lessons to dozens of young people ages 4 to 20. More than 100 children belong to the club and pay an annual $20 membership fee. Mr. Raspberry says he and other club members seek to teach the children “honesty, community involvement and and understanding of tennis,” while helping them develop “lifelong friendships.”

Mr. Ashe was the first and only African-American male player to win the U.S. Open tennis tournament that is scheduled to start next week in New York City on the courts named after him.

“There’s a statue of Arthur Ashe next to the courts at Battery Park,” Mr. Raspberry says, “and many days after I’ve finished giving lessons, I’ll walk to the statue and pat him on the head and thank him for all he did for tennis in this community.

A close-up of this week’s Personality, Donald R. Raspberry:

Metro Richmond Tennis Club’s No. 1 objective:To have kids learn tennis so that they may use it as a tool to go to college.

The importance of Arthur Ashe’s identification with Battery Park: I feel his presence every day I am teaching tennis to young players at Battery Park.

How they are recruited: Web page, Tuesday tennis programs, word of mouth, schools and social media.

How volunteers can become involved: By contacting MRTC at www.MetroRichmondTennisClub.org.

What young people need most: Direction and a purpose.

Why I love tennis: When playing tennis, you are engaged in a dialogue of strokes that create a fascinating conversation about the nature of the game and how it is played.

How I start the day: Meditate and exercise.

How I unwind: Listening to jazz and practicing golf.

If I had more time, I would:Give more time to MRTC to help make it a better tennis club.

I place top value on: Relationships, family and volunteering.

The one thing I can’t stand:A person who has a positive gift and fails to share it with others.

Three words that best describe me: Committed, personable and positive.

Person who influenced me the most: My grandmother.

Book that influenced me the most: “Portrait in Motion” by Arthur Ashe.

My next goal: Armstrong and Thomas Jefferson high schools both have tennis teams. I also want to help the other high schools in the city get teams.