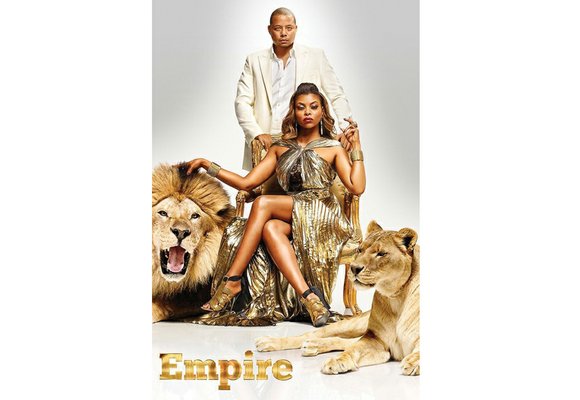 “Empire” leads the television nominees for the 2016 NAACP Image Awards.

The scintillating drama is up for 12 trophies at the ceremony honoring diversity in the arts, including acting nominations for Terrence Howard, Taraji P. Henson, Bryshere Y. Gray, Jussie Smollett and Grace Gealey.

“Empire” will face off at the NAACP Image Awards against “Being Mary Jane,” ‘’How to Get Away with Murder,” “Power” and “Scandal” in the outstanding TV drama category.

The list of nominees for the 47th Anual NAACP Image Awards was announced Dec. 8 at a news conference in Beverly Hills, Calif.

The television show “black-ish” followed “Empire” with 10 nominations in the TV honors. The family comedy will compete against “House of Lies,” “Key & Peele,” “Orange Is the New Black” and “Survivor’s Remorse” in the outstanding TV comedy category.

“Rocky” sequel “Creed” was king of the ring with six nods in the film categories. Other nominees up for the outstanding motion picture prize are “Beasts of No Nation,” “Concussion,” “Dope” and “Straight Outta Compton.”

“Creed” star Michael B. Jordan is also up for the entertainer of the year, nominated alongside Misty Copeland, Pharrell Williams, Shonda Rhimes and Viola Davis.

In the music categories, Janet Jackson leads with six nominations. Close behind the legendary singer are the “Empire” cast and The Weeknd, each with four nominations, and Pharrell Williams with three nominations.

The NAACP Image Awards celebrate the accomplishments of people of color in TV, music, literature and film and honors individuals and groups that promote social justice through creative endeavors. The awards will be presented in a Feb. 5 ceremony airing on TV One.

For a complete list of nominees, including those in the literature categories, go to www.naacpimageawards.net