Spotlight on the 2015 Astorian of the Year 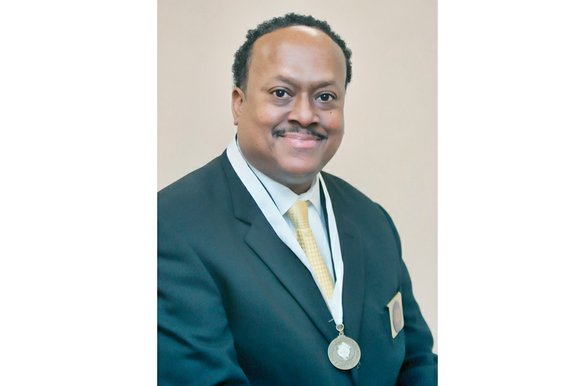 To qualify for associate membership, an individual shall be a registered voter, and age 51 or older. He also must have two members in good financial standing to vouch for him.

Plan for recruiting new members: We recruit members through our annual membership drive night and recommendations from current members.

Member profile: United States citizens that are registered voters and have a passion to help others.

How it feels to continue the Astoria legacy: It feels as if I am charged with the responsibility of keeping the torch lit with the fire of faith, hope and love for our fellow man.

Astoria’s No. 1 success: Astoria is proud of its 114-year history overflowing with its contributions that help make the Richmond community a city of hope and high expectations for all. Club’s top project now: To continue to build its PALS program, Parental Assistance Leadership Service. PALS provides mentors to Fairfield Elementary School in the Church Hill community. PALS recognizes that a solid citizenship starts when children are young and surrounded by positive role models. Astoria PALS members volunteer as mentors, hall monitors, lunch buddies, chaperones and room fathers.

Top Astoria challenge: To continue to stay innovative and have a significant impact on the ever-changing climate that entrenches our culture. We also will continue to fight the good fight of faith and engage in responsible dialogue with our community leaders.

Why I am excited about this organization: I am excited about the Astoria Beneficial Club because it gives me a chance to dialogue with seasoned members who were part of the civil rights struggle and know first hand how difficult it was to fight for equal pay for teachers, voters rights and to promote fair and equitable hiring practices for all. These are true stories that I hear, not something that you just read in a history book. These men were on the ground, imbedded in the struggle and provide me with the fuel to keep keeping on.

Role of club in politics: Astoria is not a political organization.

Significance of the Bill “Bojangles” Robinson statue: During a club meeting in April 1972, Carroll Anderson presented a proposal to The Astoria Beneficial Club to erect a statue to Bill “Bojangles” Robinson, with the purpose being “to serve as an inspiration to coming generations of young Richmonders that they, too, may make a meaningful contribution.”

Bill “Bojangles” Robinson was born in Richmond on May 25, 1878, at 915 N. 3rd St. He spent his early years in the market area shelling peas and sidewalk dancing. His dancing abilities carried him to the top of the entertainment world and on to become acclaimed as “The King of Tap Dancers.” He donated the first traffic control light north of Broad Street at Adams and Leigh Streets for the safety of the students of Armstrong High School.