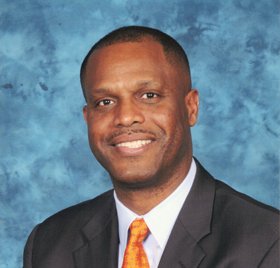 The Boston School Committee is expected to name its top choice for the job early next week, according to reports.

Meanwhile, a growing number of Dr. Bedden’s supporters in Richmond are continuing their efforts to convince him to stay and lead the aggressive RPS turnaround effort he began after becoming the struggling school district’s superintendent in January 2014.

Among them: Virginia Gov. Terry McAuliffe and his secretary of education, Anne Holton. They urged Dr. Bedden to stay in Richmond during a hastily arranged meeting with him Tuesday at the Executive Mansion.

The Free Press first reported in its Feb. 19-21 edition that Dr. Bedden was considering moving to a bigger school district outside the state. He’s one of four finalists for the Boston school chief’s position that could hike his annual pay to more than $300,000. He’s currently earning about $250,000.

Prior to Monday’s School Board meeting at Martin Luther King Jr. Middle School in the East End, a Free Press reporter asked Dr. Bedden why he’s contemplating a move to Boston.

The Free Press has learned that he allowed recruiters to submit his name to be considered for the Boston job months ago, certainly by sometime in September when he also was starting his first full school year in Richmond.

At the time, the Free Press has learned, he was dealing with rumors about his relationships with staff members. A school secretary was fired in October for violating a personnel policy prohibiting gossip that undermines the integrity of other employees.

According to a School Board member, Dr. Bedden expressed anger when the gossip about him was mentioned at a closed meeting of the board.

Since it was reported that Dr. Bedden is in the hunt for the Boston job, nearly 800 community members in the Richmond area — ranging from ordinary citizens, teachers and students to politicians and business leaders — have signed an online petition titled “Better with Bedden.”

The simple message on the website: “Let’s show our support of Dr. Dana Bed- den and encourage him to stay and continue to lead Richmond City Public Schools.”

“We all want Dr. Bedden to stay and finish the job he and his great leadership team started,” said Bob Argabright, a retired businessman and longtime volunteer at Oak Grove Elementary School, who helped start the petition. “We have faith he can do great things here in Richmond.”

Hundreds of other citizens also have contacted their School Board representatives to voice support for the superintendent.

“My phone has been ringing off the hook,” said Ms. Gray. “All of them are asking Dr. Bedden to stay.”

“My phone’s been blowing up from people saying we can’t lose him,” added board Vice Chair Kristen Larson, 4th District.

Both of them wore blue, as did other Bedden supporters at the board meeting. About 20 adults and children from

Chimborazo Elementary School stood and held blue “Better with Bedden” signs and banners during the meeting.

School Board members signaled their strong support for Dr. Bedden and his leadership team’s vision at the end of Monday’s meeting when they voted 7-0 to approve a resolution proffered by Mr. Bourne.

The resolution calls for the board to focus on the annual general fund and capital improvement budgets, supporting Dr. Bedden’s academic improvement plan and addressing facility needs, while allowing Dr. Bedden and his administrators to fulfill their duties to oversee daily school operations without interference from board members.

Board members Tichi Pinkney Eppes, 9th District, and Mamie Taylor, 5th District, left midway through the meeting and did not vote.