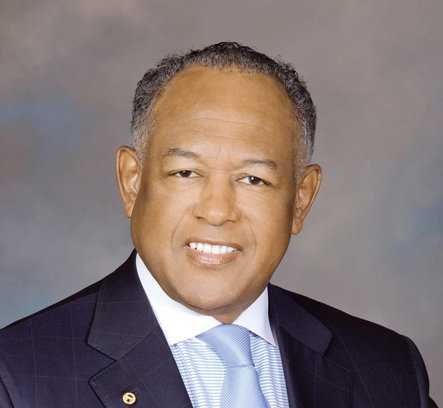 While the mayor is keeping mum, Norman Butts, the city’s chief financial officer, disclosed at a City Council committee meeting Mayor Jones’ plan to address school maintenance in the budget he is scheduled to present Friday, March 13.

Mr. Butts, who is involved in the budget preparation process, described the impending proposal as “a high priority” for the mayor.

If the mayor follows through and City Council approves the plan, the appropriation would provide Richmond Public Schools with an unprecedented infusion to deal with leaky roofs, failing boilers and air conditioners and other crucial needs.

The School Board has been advocating for this level of funding since August and added emphasis this week in approving its capital budget plan.

That plan calls on the city to provide $20 million to replace worn-out heating, ventilation and cooling (HVAC) equipment, plus $10 million for roof replacements and essential health and safety upgrades and $5 million for computers and leased buses.

Still, the mayor’s proposal could fall far short of the school system’s real need, which could top $600 million. A task force set up by the School Board is preparing a report that is expected to call for such outsized spending to overhaul more than 40 old buildings that are increasingly decrepit, according to 6th District Councilwoman Ellen F. Robertson, council’s representative on the panel.

The preliminary estimate of $600 million to $700 million would bring the buildings “up to a ‘Cadillac’ level,” Ms. Robertson said, making it clear that she believes there is little likelihood the city would be able to come up with that much money. The only school buildings in good shape are the four new ones that were opened in the past two years, including Huguenot High School.

Even if the mayor and council team up to provide $35 million in the 2016 fiscal year beginning July 1, there are still questions about how quickly the money might be made available to the schools.

Superintendent Dana T. Bedden said he has told the city repeatedly that information is crucial as most work must be scheduled for periods when classes are not in session.

Mr. Butts said the mayor’s funding proposal would be based on recommendations he received from a task force he set up in early September to recommend strategies the city could use to cover the $35 million.

Based on Mr. Butts’ remarks, the mayor is expected to propose that $15 million come from short-term borrowing that would be converted to long-term bonds within three to five years.

Performance contracting involves using energy savings to pay for modernizing HVAC equipment. Essentially, an engineering company projects the energy savings and completes the work with the client agreeing to repay the expense over a period of years using the money saved on electricity, natural gas and other utilities.

Assistant Superintendent Thomas Kranz and Ralph Westbay, the school system’s chief financial officer, told the Free Press that they agree with Mr. Butts that up to $20 million might be generated through that approach, but only if far more money is invested in each building.

“I do not believe that sufficient savings can be achieved from HVAC-only projects to support a $19 million to $20 million loan” from a performance contracting firm, stated Mr. Kranz.

Mr. Kranz said that if the city provides a big pot of money quickly, he believes that all of the work could be accomplished “within 24 months or less.”

Ms. Robertson, like Mr. Butts, seemed skeptical. They as well as Councilwoman Kathy C. Graziano do not believe the school system can handle that much money so quickly.

They also have expressed concern that the school system has not provided a priority list spelling out the order in which the work would be done, the cost for each school and the expected date for completion.

Ms. Robertson said the council passed a resolution last year that laid out a plan for providing the $35 million, but also set a Jan. 31 deadline for the School Board to provide that information.

“To date, we have not received a priority list” to aid the council in its decision-making, she said.

“Mr. Kranz provided a presentation back in August 2014 on $35 million in projects that needed to be addressed sooner rather than later,” Dr. Bedden wrote in an email to the Free Press. He noted that the school’s capital plan included the same information.

If the presentation and plan were not presented “in a manner the city desired, I was not informed or made aware,” Dr. Bedden wrote.