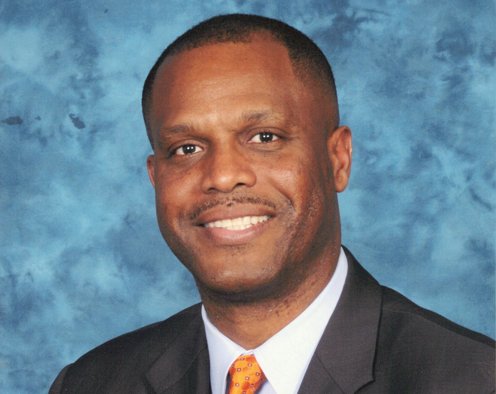 Instead, Dr. Bedden and his staff are telling the School Board that the only way to close existing buildings is for the city to invest tens of millions of dollars more in new buildings that could accommodate larger numbers of students.

Dr. Bedden’s administration also is rejecting the mayor’s proposal to build a new elementary school on North Side, saying the real need is on South Side where the population is growing and some elementary schools already are overcrowded.

That viewpoint was aired Tuesday night at a School Board work session, clearly exposing the different perspectives on Richmond school system needs.

Still, as Assistant Superintendent Tommy Kranz put it, “It begins the conversation.”

In his address last Friday as he presented his proposed budget to City Council, Mayor Jones pointed to the School Board’s own data showing there are 9,300 empty seats in existing schools.

He noted that underused schools mean the city is spending “too much on buildings and not enough on students,” and he made it clear he wants that to end.

The mayor said the only way the city could increase funding for public education is if he, City Council and the School Board can “agree on a clear plan for reducing the 9,300 empty seats in our schools,” as well as an evidence-based approach for improving academic performance.

The mayor also continued to push his proposal to develop a school to replace Overby-Sheppard Elementary in Highland Park despite opposition from the School Board, which wants the money used for higher priority needs.

He proposed $18 million for that stalled project, which he regards as a key element of a city-supported urban renewal effort in the Dove Street corridor.

At the work session, Mr. Kranz told the School Board that replacing existing schools with new large buildings that are cheaper to operate would be the most sensible approach, though it would end Richmond’s longstanding support for smaller neighborhood schools.

For example, he indicated that building a new $60 million, 1,500-seat middle school on South Side would allow both Thompson Middle and now-closed Elkhardt Middle schools to be consolidated in a larger space that could save $1 million a year on operating costs.

He said that would be more prudent than spending $50 million or so to renovate the two buildings. Even with renovations, the buildings would have higher operating costs and could not be expanded to accommodate a projected spurt in student numbers in the next five years.

Until a new middle school building can be opened, he and Dr. Bedden are recommending that students from Elkhardt, who are now crammed into Clark Springs Elementary School, attend Thompson beginning next fall. Thompson now enrolls 493 students and has space for about 1,000 students.

On the elementary school front, Mr. Kranz said the need is most critical south of the James River.

He said eight of the 12 schools on South Side are already at capacity or running over, including the two newest schools, Broad Rock and Oak Grove.

The most serious problem is at Broad Rock, he said. “It’s going to explode,” Mr. Kranz said. Broad Rock was designed for 650 students, but now enrolls 827. Mr. Kranz said the ideal capacity is 85 percent to 90 percent.

E.S.H. Greene, Miles Jones and Westover Hills elementary schools are among other schools that also are overcrowded.

However, he estimated that at least 11 — and perhaps as many as 22 — portable classrooms would be needed at five South Side schools within two years because of the growth.

In order to really address the problem, he said the city must plan to build two larger elementary schools for at least $30 million apiece. If the new schools were large enough, that would allow between four and six aging South Side schools to be closed, he said.

That would change the longstanding policy in Richmond of providing smaller, neighborhood schools.

Board members believe the data on school growth gives them no choice but to focus on South Side needs, rather than going along with a new North Side school.

“Our hand is forced to do something both short term and long term. We’ve got a growing student population in South Richmond. Pressure is going to burst in five years, and we’ve got to do something now,” School Board member Jeffrey M. Bourne, 3rd District, said after the presentation.

The mayor’s press secretary, Tammy Hawley, said Wednesday that Mayor Jones is aware of the crowding issue at South Side schools but “that does not erase the fact” that about one-third of the city’s schools have too few students.