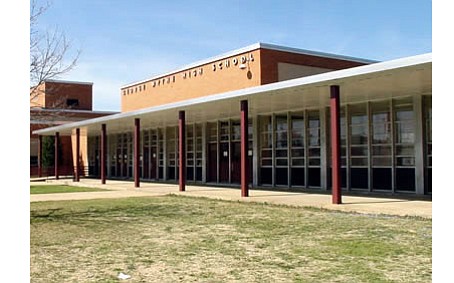 The Free Press has learned that three private groups have submitted proposals for a first-phase program that would include renovating George Wythe High School and replacing two increasingly overcrowded buildings, Elkhardt-Thompson Middle School and Greene Elementary.

All of the buildings are located in South Side, where growth is overwhelming existing buildings and led to the reopening this year of Summer Hill Elementary, which previously was closed.

Already, the three new schools built on South Side by Mayor Dwight C. Jones’ administration — Broad Rock and Oak Grove elementary schools and Huguenot High — are at or over capacity.

The competition was triggered at least 60 days ago when Roanoke-based Branch Construction Co. and its partner, Bowers Family Enterprises, submitted a proposal under the state’s Public-Private Educational Facilities Infrastructure Act for the potential $100 million in construction work.

As required, RPS opened the proposal to other bidders and has received proposals from two other unidentified groups.

Tommy Kranz, assistant superintendent for support services, is going through the details of the three proposals. He plans to submit his findings and recommendations to Richmond schools Superintendent Dana T. Bedden and the RPS leadership team. Then, he is to present the information to the Richmond School Board in December or January amid preparations for the new schools budget.

School Board Chairman Jeff M. Bourne said he is aware of the competition, but like the rest of the board has yet to see any proposals or recommendations.

He said he was told the Branch Construction proposal came to the school system after the Jones administration declined to consider it. However, he said the school system, which has its own governing board, viewed using the PPEA as a potential fresh approach to funding modern school buildings that would provide more space.

Mr. Bourne said the hope now is that the school system might redirect some of the money it receives from the city to support this effort, or that the new mayor would be more interested in considering a PPEA proposal, which might require $7 million to $9 million a year in city financial support.

During the past two years, Mr. Kranz repeatedly has urged action for new school construction, with predictions of big increases in student numbers. His forecasts are proving all too accurate, he noted, particularly in South Side, which is experiencing the highest population growth, in part, because of the area’s growing Latino population and the construction of new homes and apartments in South Side that are attracting families with children.

Greene now has at least 24 modular buildings on site to accommodate the overflow of students who can no longer fit into the school building.

Meanwhile, Elkhardt-Thompson’s student population is bulging, but has little room to add modular classrooms, he said. If a replacement were to be built, one site might be the former home of Elkhardt Middle on Midlothian Turnpike.