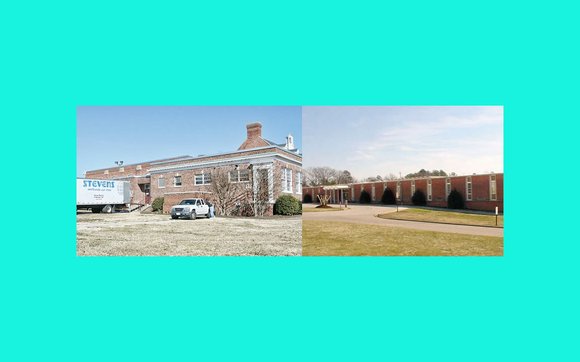 With full backing from the Richmond School Board, Superintendent Dana T. Bedden pulled a rabbit out of his hat this week with a move that closes one old and decrepit middle school and changes the accreditation status at two academically struggling middle schools.

The board voted 9-0 at Monday’s meeting at Martin Luther King Jr. Middle School to approve the schools administration’s recommendation to transfer Elkhardt Middle School operations to Thompson Middle School on Forest Hill Avenue in the fall, and to merge the two schools into one new school.

Because the school would be deemed new by the Virginia Department of Education, it would receive conditional state accreditation in its first year.

The School Board has not yet come up with a new name for the school.

The move would decrease the number of middle schools in Richmond from eight to seven, a big first step in Dr. Bedden’s bid to “right size” or shift more students into underused school buildings.

Dr. Bedden and the board were forced to make a drastic move in February when Elkhardt was closed on South Side because of mold and other air quality issues.

Renovating the Elkhardt building would cost about $23 million, Thomas Kranz, assistant superintendent for support services, has said, money that RPS officials would rather spend elsewhere.

Due to the closure, about 500 students were shuffled from Elkhardt across town to the former Clark Springs Elementary School building in the Randolph neighborhood near Virginia Commonwealth University.

The move to Thompson would take effect in September. It would increase the student population of the Thompson building from the 500 it currently holds to about 1,000, Mr. Kranz told the Free Press.

“We merge the two schools with the caveat that a new middle school needs to be built” within three years, he added.

Without a new school, Mr. Kranz said, “all we’ve done is kick the can down the road. It’s going to come back.”

The bad news: City Council has not allocated in its budget the approximate $50 million needed to build a new middle school on South Side, and the city is running out of its capacity to borrow the money to build a new school. Without a new revenue source, it would be virtually impossible to construct a new middle school before Thompson would be bursting at the seams from student overpopulation.

At the meeting, Dr. Bedden also sought to alleviate concerns expressed by some Thompson parents and teachers that classroom sizes would swell beyond a functional capacity with the merger.

He said staffing after the merger would ensure a pupil-teacher ratio of 22-1 in each classroom. “With regards to the merger and other options considered, that was done,” Dr. Bedden said. “Other schools were looked at. This was the best option.”

He said teachers who do not move from Elkhardt to Thompson could fill other vacant teaching positions in the city.

It would be a modest, but welcome boost to the schools’ athletic departments, which already operate on shoestring budgets.