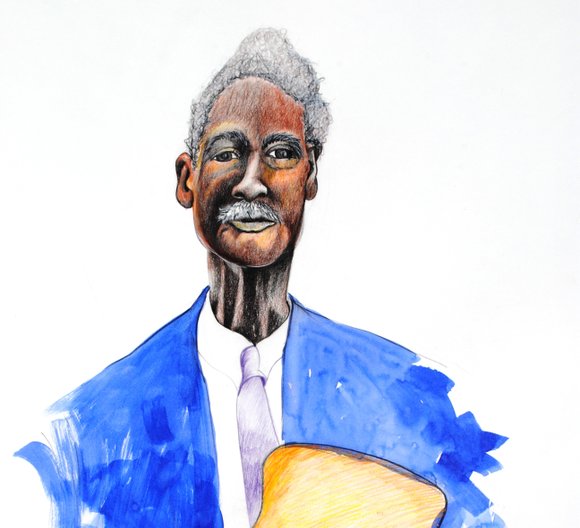 The exhibit of paintings by veteran Richmond area artists P. Muzi Branch and William “Blue” Johnson will be presented by the Elegba Folklore Society at its cultural center, 101 E. Broad St. in Downtown.

The exhibit tells the stories of African Diaspora heritage through its subjects — people as individuals, playmates, colleagues and families as portrayed in an expressive moment of life.

The exhibit will open Friday, Feb. 6, with a public reception from 5 to 9 p.m. as a part of First Fridays ArtWalk. The paintings will be on view through April 30.

Mr. Branch serves as director of cultural programs at Virginia Commonwealth University Health Systems. He holds a master’s in fine arts from VCU and his work has been widely exhibited throughout the United States. He also is a bassist with the Plunky and Oneness Afro-funk band.

Mr. Johnson is an art educator whose iconic profiles are seen on canvasses, paper and apparel.