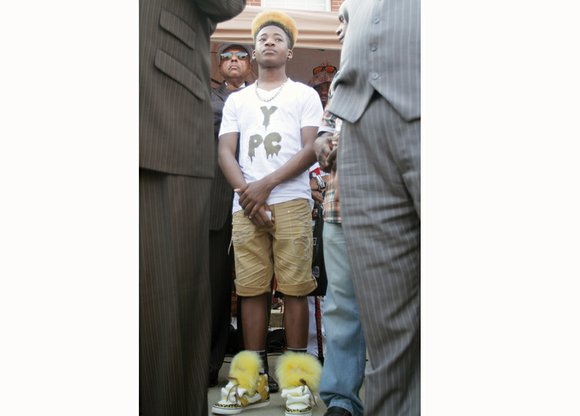 He is Richmond’s kid heartthrob.

And Charles Jones III, aka “Young Prince Charles,” is scheduled to showcase his high-energy rap at Summer Jam 2015.

The hot summer concert also will feature about a dozen other rap and hip-hop artists from 5:30 to 9:30 p.m. Saturday, June 13, in Festival Park, next to the Richmond Coliseum, at 601 E. Leigh St. in Downtown.

Young Prince Charles started rapping when he was 5, recorded his first song at 6 and opened for Grammy Award winner Soulja Boy at 7.

He’s also trying to positively impact the community in other ways. At a recent anti-violence rally in the Mosby Court public housing community, Young Prince Charles read an anti-bullying pledge to the audience.

Others scheduled to perform at Summer Jam include Yazz The Greatest, who plays Hakeem on the hit TV show “Empire;” and Jaquees.

Tickets are $35 for general admission and $75 for VIP meet and greet.