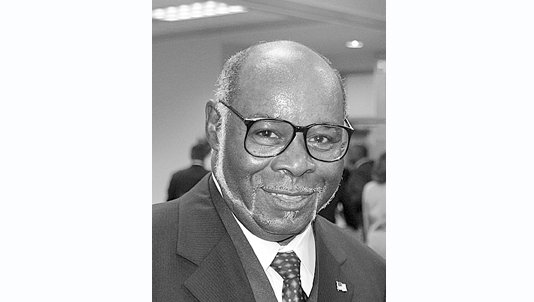 Walter Gaines Jr. was the unofficial “mayor” of the Providence Park community on North Side for nearly 45 years.

Among other things, he helped bring a Boys & Girls Club to the community to improve resources for young people as president of the Providence Park Civic Association. He helped start the association in the late 1960s and led it until his death.

“He was the eyes, ears, mouth and nose of the community,” said Everett Gray, who succeeded Mr. Gaines as president after his death in 2013 at 77.

Outside the neighborhood, Mr. Gaines was long active in promoting voter registration, pushing for housing for people with low incomes and ensuring Richmond employees received due process in his service on the city’s Personnel Board.

Now Richmond is saluting Mr. Gaines as a role model by naming a city park in his honor.

The newly named Walter Gaines Memorial Park is a triangular city property located at the intersections of Woodrow and Lamb avenues and Ivanhoe Street in the heart of Providence Park.

Councilman Chris A. Hilbert, 3rd District, who represents the community, won unanimous support from his council colleagues Monday night to name the park for Mr. Gaines. Councilwoman Ellen F. Robertson, 6th District, added her name as a patron of the ordinance.

Mr. Gaines served in the Air Force after graduating from Armstrong High School and carried the mail for 35 years for the U.S. Postal Service.

In a resolution the General Assembly passed in 2014 to honor his life, Mr. Gaines was cited for giving “his time, resources and talents to many organizations,” including the neighborhood civic group.

He also served for years on the board of Richmond Metropolitan Habitat for Humanity, where he was engaged in building houses for low-income families in Providence Park and other areas of the city.

He also was a much-honored past president of the Astoria Beneficial Club, a nonprofit men’s civic group, and a longtime member of the Richmond Crusade for Voters.

He also served for six years as a member and chairman of the city’s Personnel Board, which reviews administrative disciplinary actions involving city workers. He was chair of the board of trustees at Mount Tabor Baptist Church, where he was a member.