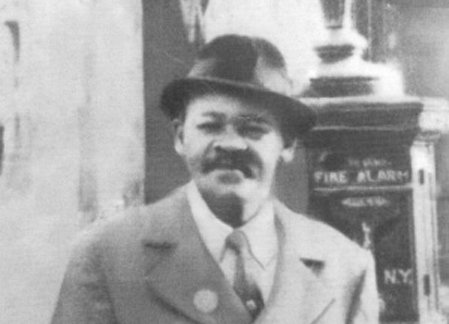 Clarence Edward Smith, founder of Nation of Gods and Earths 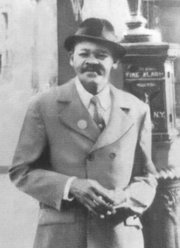 Freedom of religion goes only so far in prison — particularly when safety and security are involved.

That’s why a Virginia prison inmate has lost a federal court battle to force prison officials to recognize Nation of Gods and Earths as a religion rather than as a gang.

In a decision released Feb. 27, the 4th U.S. Circuit Court of Appeals in Richmond rejected Infinite Allah’s suit to overturn prison barriers to NGE as a violation of the federal religious freedom law covering prisoners.

Instead, the appeals court upheld a lower court decision that the Virginia prison ban on NGE represents the “least restrictive means of furthering” the compelling government interest in preventing the prison disruption that NGE could cause.

The ban on NGE has been in place for at least 18 years, according to the state. The ban was imposed in 1997 as members began crop- ping up in larger numbers in various Virginia prisons.

Infinite Allah, who according to Virginia Department of Corrections records is serving a life sentence at Augusta Correctional Center in Augusta County, is the latest inmate to go to court to try to overturn the ban.

The case challenged the refusal of state prison officials to show NGE the same respect as other faiths. Instead, the prison system forbids NGE members to meet communally, wear special clothing, hats or NGE medallions or possess the faith’s materials and publications.

Infinite Allah, whose given name is David Mitchell Turner, also alleged that prison officials did not allow him to fast or follow the pork- and tuna-free meals prescribed by the faith, according to the decision.

The three-judge appel late panel, like the lower court, did not inquire as to whether NGE was a genuine religion. Instead, the panel found no error in Judge James P. Jones’ finding that NGE “has acted as a prison gang that would pose a threat to the safety and security of Virginia prison facilities if treated as other religious groups. Inmates affiliated with NGE have a demonstrated history of violence and racism.”

According to related opinions, NGE, or the Five-Percent Nation, is the creation of a disaffected member of the Nation of Islam, Clarence Edward Smith, or Clarence 13X. In 1964, he began teaching in his launch of NGE that black people are the original people on Earth and are the mothers and fathers of civilization.

The court documents describe NGE members as believing there are three types of people — the 10 percent of elites and their agents who keep 85 percent of the world in ignorance and the separatist 5 percent in the NGE who are enlightened and are determined to help others become independent of the current rulers.

Adherents of NGE are required to learn the supreme mathematics and supreme alphabet, which are considered by NGE to be the keys to understanding.

While Infinite Allah stated in his suit that he and other NGE members he knew had never been involved in gang activity in prison, the appeals panel accepted Judge Jones’ finding that the group could present a danger based on the Virginia Department of Corrections’ evidence of incidents involving other NGE members.

The panel also accepted Judge Jones’ findings that NGE hats and medallions could serve as “gang identifiers and aid in gang recruitment” and that “the frequency with which typed and handwritten NGE materials contain codes, racist sentiments and/or violent sentiments” justified the ban on such materials as well as on NGE’s newspaper, “The Five Percenter.”