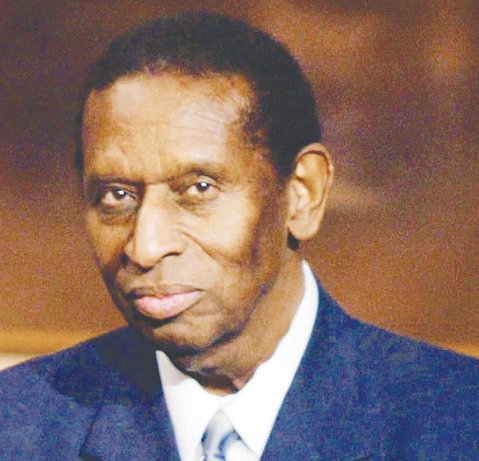 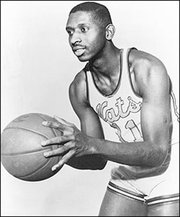 Earl Lloyd, a Virginia native who was among the early stars of the annual CIAA tournament and the first African-American to play in the NBA, has died.

Mr. Lloyd became the first African-American to play in an NBA game on Oct. 31, 1950, when he took the floor for the Washington Capitols.

Soon to follow that same year were Chuck Cooper with the Boston Celtics, Sweetwater Clifton with the New York Knicks and Hank DeZonie with the Tri-Cities Blackhawks, now the Atlanta Hawks.

Mr. Lloyd, a springy 6-foot-6 forward, played nine seasons in the NBA with Washington, Syracuse and Detroit, averaging 8.4 points and 6.4 rebounds for his career.

In 1955, Mr. Lloyd and Jim Tucker were the first African-Americans to play on a NBA championship team as members of the Syracuse Nationals.

Mr. Lloyd later became the first black assistant coach with the Detroit Pistons in 1968, and served as the Pistons’ head coach in 1971-72 and the first nine games of the 1972-73 season.

In 2003, Mr. Lloyd was inducted into the Naismith Basketball Hall of Fame, where he was introduced at the induction by Hall of Famer Dave Bing, one of the players he coached.

He also is a member of the CIAA and West Virginia State Halls of Fame.

The youngest of three sons born to Theodore and Daisy Lloyd, a coal yard laborer and an occasional housekeeper in Alexandria, Va., Mr. Lloyd grew up in a home that had no electricity or indoor plumbing, according to his 2010 memoir written with Sean Kirst. He starred at segregated Parker-Gray High School in Alexandria that lacked a gymnasium so to the team played basketball in the school auditorium.

He headed to college on an athletic scholarship, starring on the team at the historically black West Virginia State College. In his first season, the team went 30-0.

The CIAA tournament began in 1946.

After his NBA career, Mr. Lloyd worked as an executive at Chrysler Corp.’s Dodge Division in Detroit, and later for the city’s board of education, according to the university.

“He was known as a modest gentleman who played the game with skill, class and pride,” said NBA Commissioner Adam Silver. “His legacy survives in the league he helped integrate, and the entire NBA family will strive to always honor his memory.”

At West Virginia State, located near Charleston, the gymnasium is named in Mr. Lloyd’s honor. An impressive statue with his likeness greets visitors to the gym.

“The State family mourns the loss of a fellow Yellow Jacket and trailblazer who was a true champion both on and off the basketball court,” West Virginia State President Brian Hemphill said in a statement. “When Earl stepped out on the court on that fateful date in 1950, this remarkable man rightfully earned his place in the historic Civil Rights Movement and, more important, he opened the door to equality in America.”