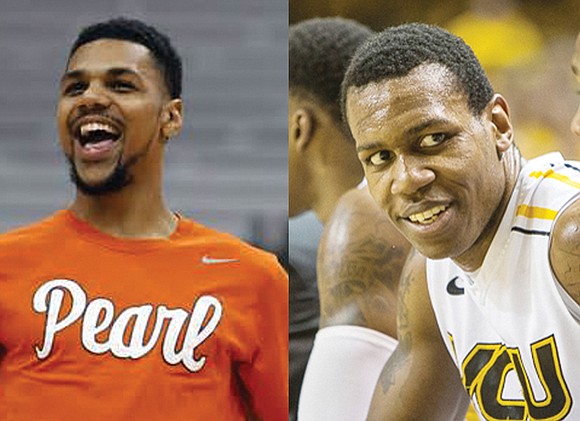 Michael Gbinije and Treveon Graham are the Richmond area’s latest contributions to the NBA.

Gbinije was the Pistons’ second round draft pick and the 49th chosen overall.

He is at least the fourth Benedictine player to reach the NBA, following John Kuester, Mark Crow and Ed Davis. Vernon Hamilton played in the preseason with Detroit, but not the regular season. Johnny Moates and Les Henson were drafted out of college but did not play in the NBA.

Graham, a former Virginia Commonwealth University forward, is beginning his first season with the Charlotte Hornets after playing previously in the NBA D-League.

The 6-foot-6 Washington native was undrafted coming out of VCU in 2015.

Graham’s 1,872 career points at VCU is second to Eric Maynor’s 1,953 on the Rams’ all-time list of those playing exclusively for VCU.

Len Creech scored 2,019 Rams’ points from 1964 to 1969. VCU was formed by a 1968 merger of the Richmond Professional Institute and the Medical College of Virginia.

Two VCU seniors from 2015-16 are playing professionally in the Italian League. Melvin Johnson is with Pallacanestro Varese, while Korey Billbury has joined Recanati.

Here is a partial list of other athletes with state and/or area ties on the NBA’s opening night rosters.

A note: Phil Pressey was waived by Golden State in October. Pressey played at Missouri and is the son of former George Wythe High School star Paul Pressey.

Many more athletes with state and local connections are playing in the NBA D-League and professionally overseas.