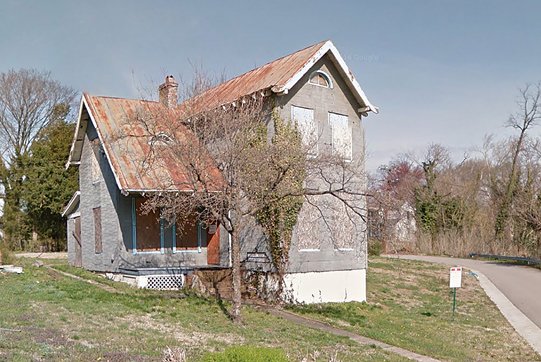 Vacant property at 1614 Sewell Ave. on South Side that the city has priced to sell for $1.

That’s the price that City Hall is setting to clear out its inventory of home sites and to help cut the future purchase price of the houses to be built on them.

This effort also will help finish partially completed developments that have been on hold since the economic recession began in 2008.

In a first step, at least 16 lots are being prepared for sale, primarily in Southern Barton Heights. A few lots in Swansboro on South Side and in Newtowne West near Virginia Union University also are part of the sale.

The board of the Richmond Redevelopment and Housing Authority, the properties’ nominal owner, helped clear the way by approving the transfer of the properties to the city at its meeting last week.

Many of the properties are to be sold to Project:Homes, a nonprofit once known as ElderHomes that has become an important city partner in creating homes for sale to low and moderate income families, according to RRHA documents.

Six of the $1 properties are vacant lots in the 1700 block of Rose Avenue near School Street. According to RRHA, Project:Homes plans to configure these small lots for two houses in the previously stalled Rose Corridor subdivision in Southern Barton Heights.

Project:Homes already is working to develop homes on four previously vacant lots in the subdivision, and the new acquisition will add to that effort.

The nonprofit also is to receive four lots in the 2000 block of Moore Street for $1 each to make room for three new homes. Project:Homes just built two new houses on Moore Street just west of those vacant lots, RRHA stated.

Project:Homes also is to gain two lots in the 1700 block of Bainbridge Street for $1 apiece, with the nonprofit pledging to build a new home at 1723 Bainbridge and to renovate a vacant house at 1725 Bainbridge.

Separately, RRHA has agreed to partner with the city to dispose of four other lots for $1 each in Southern Barton Heights. A buyer has yet to be found for those properties, RRHA noted.

The lots include two properties on Greenwood Avenue, 1903 and 1905, which the city acquired after the Battery Park flooding from Tropical Storm Ernesto in 2006.

Also available: The vacant lot at 2006 Barton Ave., where a home was demolished, and the property at 1614 Sewell Ave., which comes with a historic house that is suitable for renovation, RRHA documents noted.