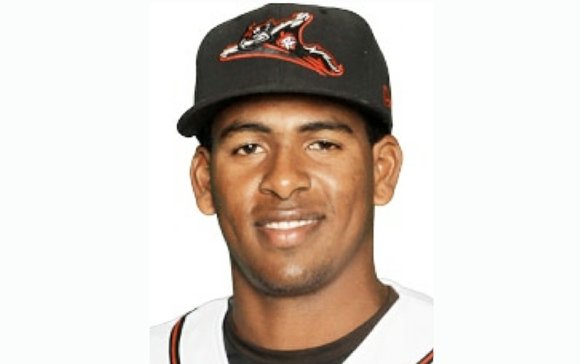 That’s a good thing because the local baseball pros, the Class AA Eastern League affiliate of the San Francisco Giants, have been losing like never before.

The Flying Squirrels began the week with a franchise-record 15 straight losses. The extended slump dropped the team to 3-17 and last place in the Eastern League’s Western Division.

This is the sixth season of Flying Squirrels baseball. Previous squads have been more competitive. 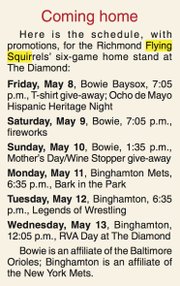 The next home stand commences Friday, May 8, with a 7:05 p.m. first pitch against the Bowie Baysox.

It will be both T-shirt give-away night and also Ocho de Mayo Hispanic Heritage Night.

Rando Moreno of the Dominican Republic has been a bright spot at shortstop.

In his first year of AA ball, the 22-year-old shortstop entered the week hitting .321 with a .375 on-base percentage.