From gridiron to president 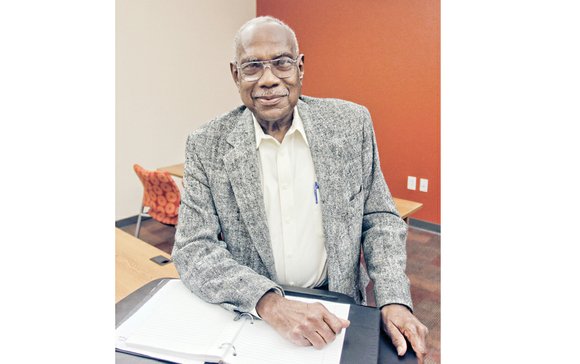 He has jumped from the gridiron to college president.

At 76, Mr. Bailey is leading the newly opened Central International College, a private, Baptist-oriented school that offers programs in Christian education and biblical studies at its home base in Lynchburg and in satellite centers in Richmond.

Virginia is a hotbed for such schools. CIC is one of 20 faith-based colleges and universities that have opened in the state since 2012, according to the State Council of Higher Education. Such schools are generally exempt from SCHEV oversight because they focus on religious programs and do not seek to grant regular degrees.

According to Mr. Bailey, CIC started with 70 students when it opened its doors two months ago. About 50 students are on the Lynchburg campus and another 20 are taking courses at satellite sites that include the Robins Foundation’s Northside Family Learning Center and Trinity Baptist Church’s Family Life Center, both in North Side.

Along with studies, the school plans to field sports teams, according to André Moore, CIC’s athletic director.

Like most of the new faith-based schools, CIC is not accredited, and so its students are not eligible for federal student loans and financial aid.

In order to qualify for such loans, as well as to take standard college courses needed for a degree, CIC’s students also must enroll in an online school that is accredited, Mr. Bailey said. He said he recommends New Mexico State Junior College.

One day, he hopes CIC will make the accreditation grade.

“It’s a step-by-step process,” said Mr. Bailey. “That’s our goal. But you don’t become accredited out of the gate. It takes time,” said Mr. Bailey, best known as the winningest coach in the history of the Central Intercollegiate Athletic Conference, the nation’s oldest historically black sports conference.

Inducted into the CIAA Hall of Fame in 2003, Mr. Bailey amassed 211 conference wins during his 42-year coaching career, which included stints at Virginia Union and Norfolk State universities, Saint Paul’s College and the Virginia University of Lynchburg.

All during his coaching career, he said he sought to make character development as important as success on the field.

Since retiring as a coach in 2013, he said he has become even more focused “on what is happening with our young people.”

His decision to help found a college is based on current conditions. “We are losing too many of our young folks to acts of violence and senseless self-destruction.”

He said he got involved with people who wanted to create an educational center to help young people “insulate themselves from harm and danger” by focusing on religious principles.

“We’re working real hard to give our students a second chance at a better life,” he said.

Along with running the school and fundraising, Mr. Bailey also teaches courses in fitness. He said as a coach he always taught off the field, serving as an assistant professor at VUU, NSU and Saint Paul’s. He said he enjoys keeping his “hand on the pulse of the students.”

He said some CIC students may end up going into the field of Christian education. But others may not.

Mr. Bailey just wants to make sure that CIC is assisting students to make their way into a life of positive achievement, “wherever life takes them.”