The new face of activism 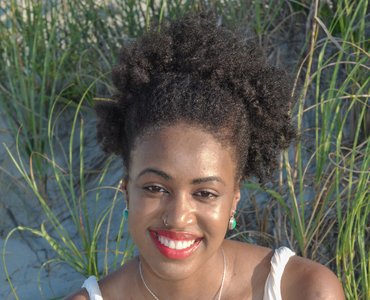 Those were the words emblazoned on activist Rahiel Tesfamariam’s T-shirt as she was arrested in Ferguson, Mo., during protests marking the one-year anniversary of the police killing of unarmed black teenager Michael Brown.

In the three years since neighborhood watch vigilante George Zimmerman killed 17-year-old Trayvon Martin in Florida, young people across the country have taken to the streets demanding justice for black men, women and children killed by police with impunity in what has become the “Black Lives Matter” movement.

At the forefront of this movement, standing shoulder to shoulder, are radical activists — including the two lesbians and the Nigerian-American woman who founded Black Lives Matter.

Shunning the “respectability” and perfection of victims and leaders of the past, this generation’s protest leaders and participants are loud, angry, rude and intentionally inconvenient.

The activists have shut down highways and interrupted everything from political rallies to brunches to demand that the humanity of black people be recognized and respected.

A far cry from the right wing Coalition of African American Pastors that vowed civil disobedience in response to the Supreme Court’s decision to uphold the constitutionality of marriage equality in June, many participants in Black Lives Matter are informed by an understanding of Christ table-turning, women-empowering, government-overthrowing, freedom-loving, social justice radicals.

The Rev. Osagyefo Sekou, who was one of the protesters arrested in Ferguson, explained that he is following Jesus by taking part.

“God chose to become flesh in the body of an unwed, unimportant teenage mother in an unimportant part of the world,” he said. “Then, after living a life dedicated to serving the least of these, He was killed by the State. That’s how I understand Jesus.”

So much for Christians as docile, forgiving and long-suffering in the face of oppression.

Activist Marissa Johnson is typical of the new breed. The evangelical Christian made national news when she led her Seattle chapter of Black Lives Matter in a protest during a rally for popular democratic presidential candidate Bernie Sanders, taking the microphone from him and demanding he release a plan to reform policing.

Ms. Johnson, who was attacked by Sanders supporters with bottles and boos at the rally, said later that her radical activism is informed by Matthew 10:5-42, a passage where Christ speaks with aggressive urgency to his 12 disciples, instructing them to care for, heal, protect and lay down their lives for others.

The upshot: Her actions led to discussions of racism in Democratic and progressive circles, and Sen. Sanders has since released a comprehensive criminal justice reform plan, has hired a black press secretary and has reached out to the organization.

Meanwhile, Democratic front-runner Hillary Clinton has done the same —clear evidence that radical activism can demand and gain the attention of policymakers.

As Rev. Sekou put it, anyone who identifies as a Christian needs to be ready “to pick up your cross to defend young, poor black single mothers and their children when there is state violence against them. Anything less is heresy.”